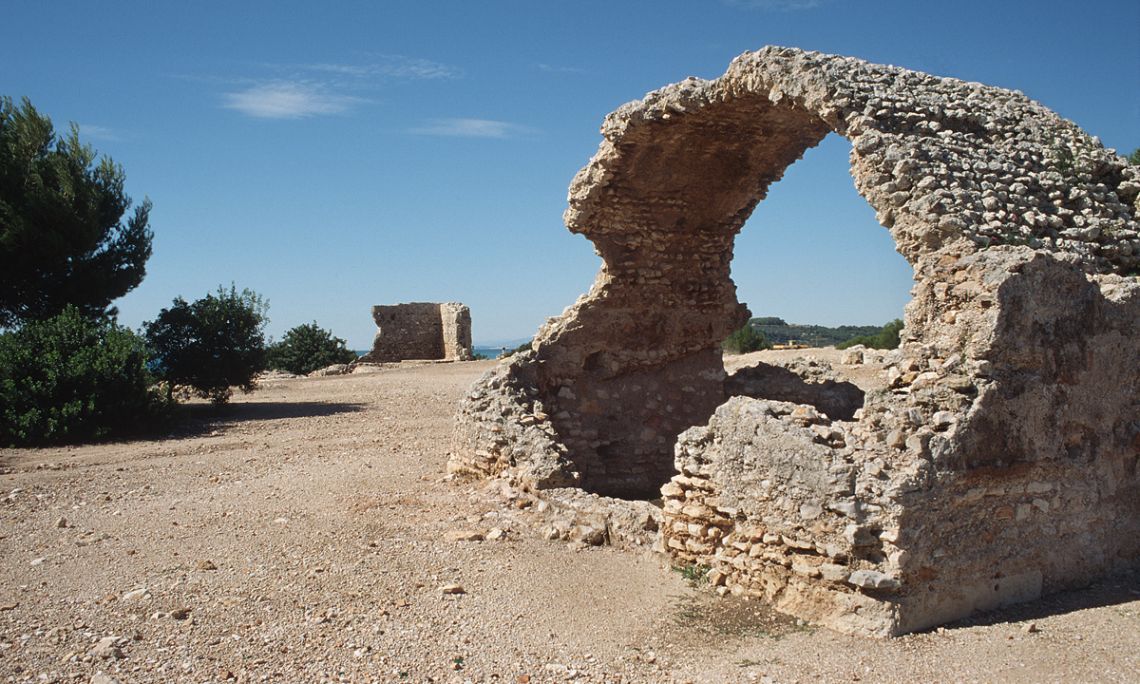 View of the water tank, known popularly as La Tartana (the cart).

While the villa was given over predominantly to residential and leisure purposes, part of the complex  was used for the agricultural exploitation of the surrounding land (pars rustica and pars fructuaria).

Given the configuration of the land, the pars rustica of the villa was sheltered by the residential area. Specifically, it occupied the other side of the hill and dominated the depression, where it seems that intensive agricultural activity took place.

At the villa, a set of semicircular deposits has been preserved as well as a basement with a well and a number of adjoining water tanks, the only one of which to have survived is the known popularly as La Tartana. There was an irrigation system to water the fields to the north of the villa, and its remains may be seen at the top of the hill. Prominent here is a large rectangular tank divided into eight interconnected partitions, which still has its external channel leading to the cultivated fields.

There is also evidence of different storage systems, silos and deposits cut into the rock, which were used to store produce such as cereals. Lastly, the remains of a small oil press have been found, with large tongs half-buried in the ground (dolus).