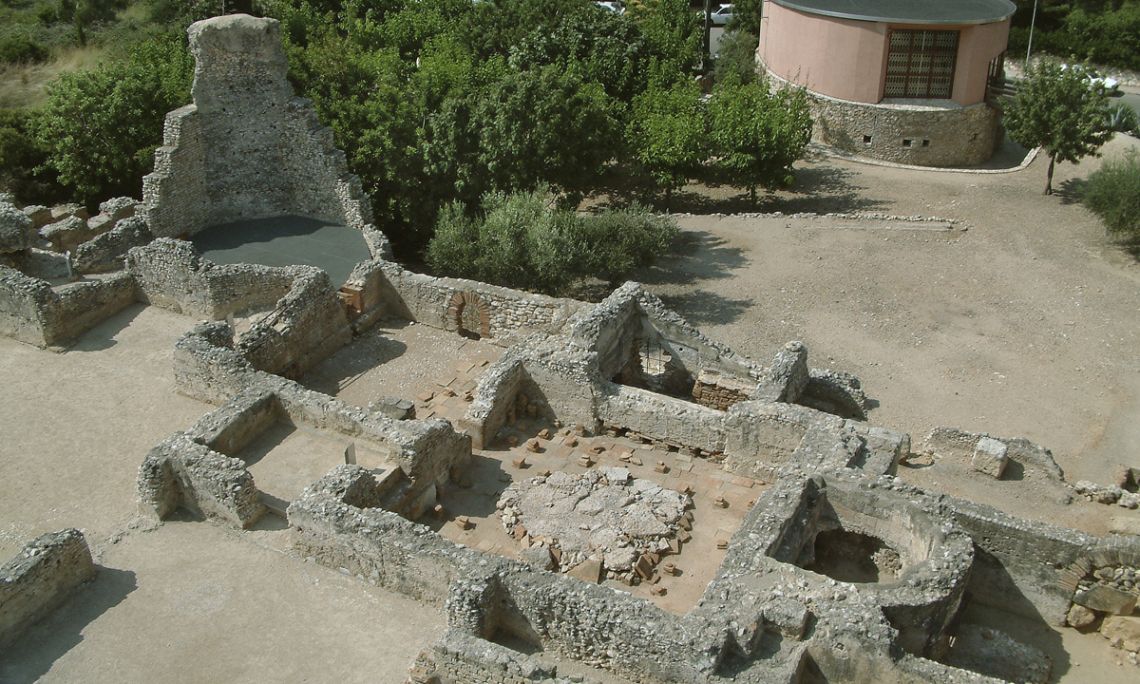 View of the bathhouse at the Els Munts villa .

The bath facilities were crucial in the layout of the villa. Besides the main bathhouse next to the house, a complementary complex was built on the beach, of which a few vestiges remain.

The villa’s main baths (thermae) are among the largest private baths in Catalonia. They were built in two phases, between the 1st and the middle of the 2nd century AD. The different parts of the bath complex are all present: the hall- changing room (atrium) of the baths, which has a central pond to collect rainwater from the open ceiling and also erved as a changing room (apodyterium); the sudatorium or steam bath; the caldarium, heated rooms with access to two hot-water pools, one of which was rectangular while the other in the form of an apse; the frigidarium or cold-water pool; the natatio, open-air pool: and latrines and other facilities to ensure the correct functioning of the baths.

The walls and floors of the baths were clad with marble, mosaics and paintings, and rich collections of sculptures that contributed to the décor have also been recovered.