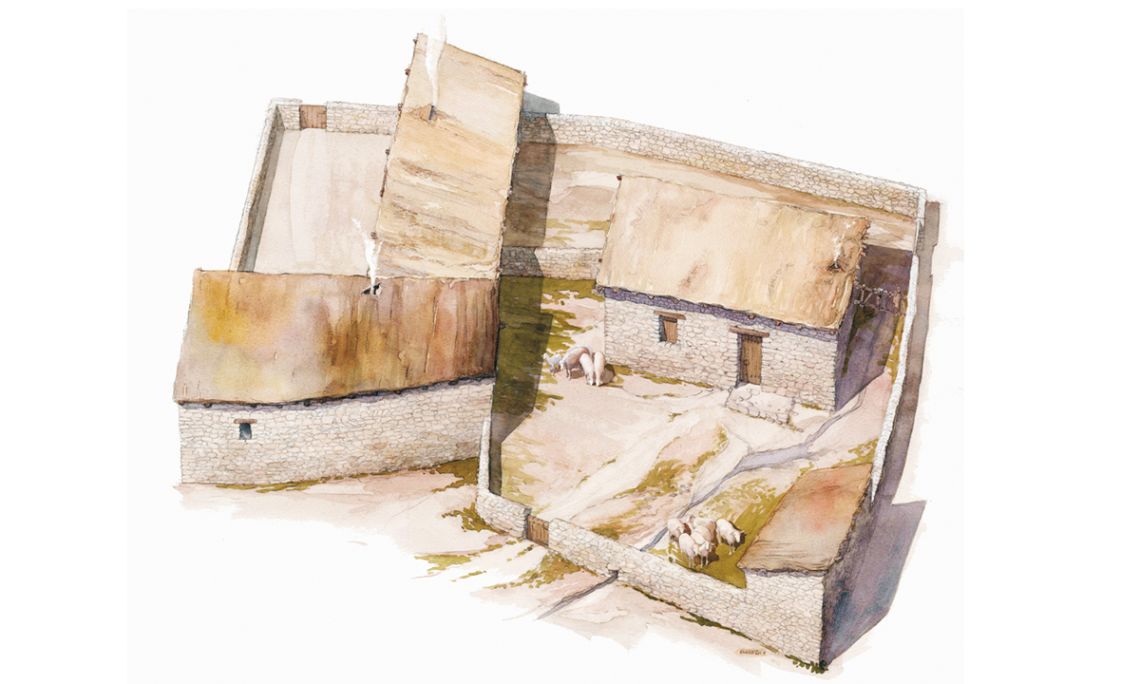 Ideal reconstruction of the Visigoth village. Photo by Jordi Sagrera.

Once the villa had been abandoned, life on the site continued with the construction of a small village made up of three independent domestic units, probably belonging to three different family groups who earned their living by tilling and farming the surrounding land. The houses had very similar layouts and were made up of a living space with a fireplace, a courtyard, where the cattle were probably kept, and a small adjoining annex. An important part of the agricultural production seems to have been geared towards obtaining oil, which was pressed in a large mill located on top of the remains of the former villa, probably for community use. The oil was then stored in large semi-buried ceramic containers known as dolia, which kept the liquid in good condition until it was consumed or sold. The quality of some of the Visigoth ornaments recovered during the dig, such as a lavishly decorated bronze buckle and a bronze ring with a floral motif, indicates that the settlement’s inhabitants had a certain purchasing power, despite its humble nature.