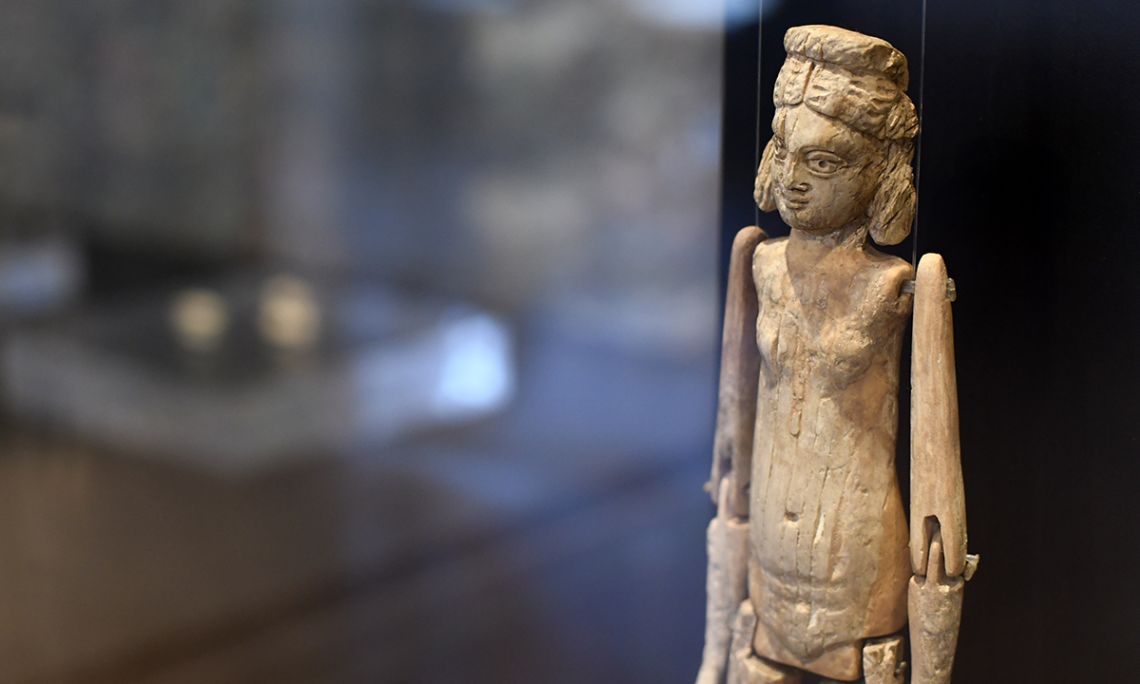 An ivory doll with articulated arms and legs. Found in the sarcophagus of a young girl in the Early Christian Necropolis of Tarragona.
It would have been part of the grave goods of the girl, who died at the age of five or six. We know of other examples of Roman articulated dolls made with different materials such as bone, ivory and, most commonly, pottery. The remains of gold thread found next to the piece confirm that, like today, these dolls were dressed in clothes that imitated those of children and adults.

This is one of the most emblematic items of Tarragona archaeology.