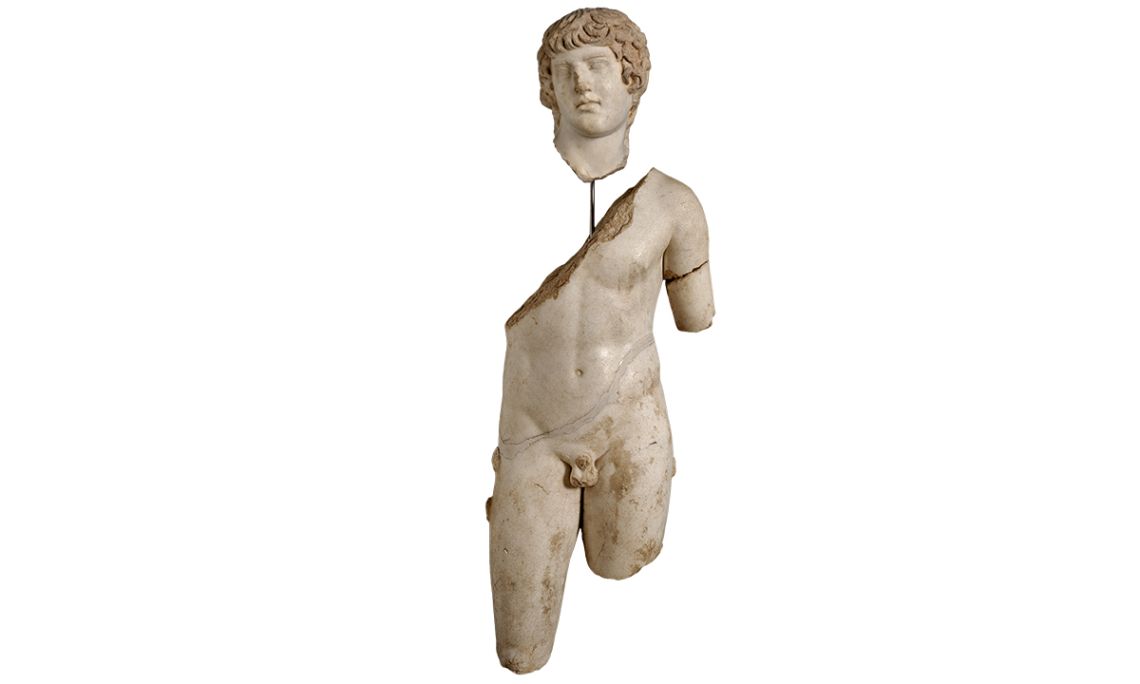 A rendering of Hadrian’s young Bithynian slave who the Emperor deified after the latter’s tragic death. It was discovered at the Roman villa of Els Munts. After the death of Antinous, who had drowned in the Nile, Hadrian ordered effigies of him to be erected across the Empire. The sculpture, of which the head, torso and part of the limbs remain, reflects the absolute fidelity to the stereotype created to perpetuate the memory of Antinous.

Very few of his portraits have been found in private homes. Its existence at the villa of Els Munts is probably a token of the owner’s desire to demonstrate his loyalty to the Emperor.