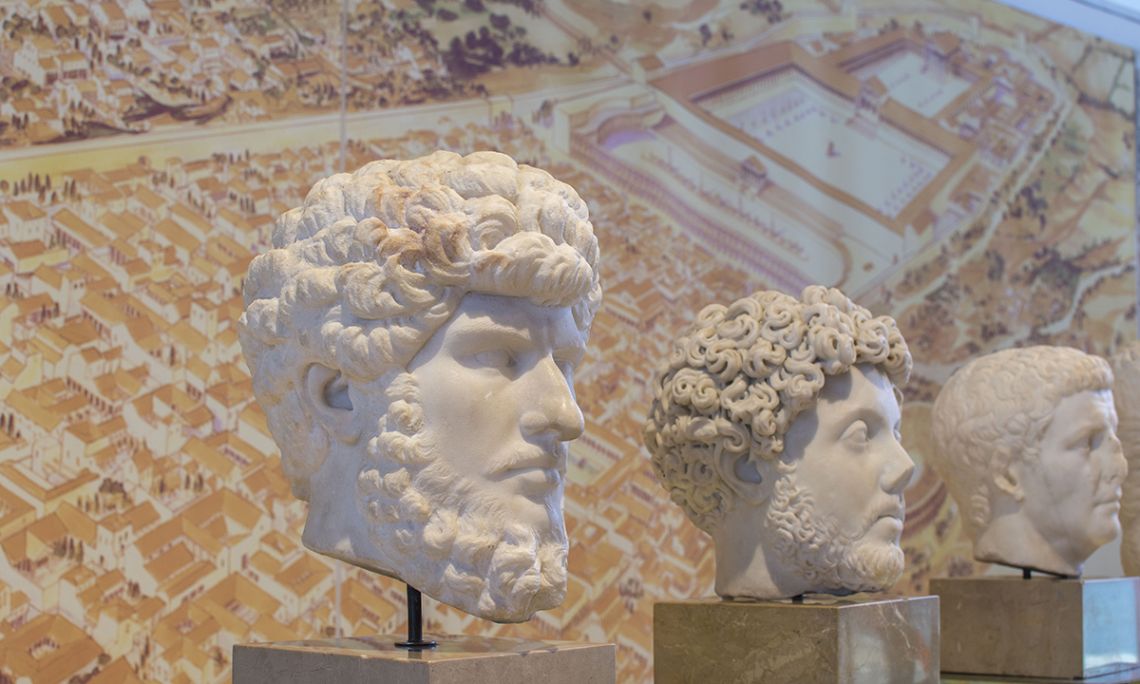 Portrait sculpture of the emperor Lucius Verus (161-169), co-regent of Marcus Aurelius. It is an official image of the emperor which had been disseminated throughout the empire, based on a prototype created in Rome by an official sculptur and most likely made by a local workshop.

Despite containing the unmistakable features of the emperor, the face also reflects the ideal stereotype of beauty of the times. It was discovered in the excavations known as the "Cartanyà Well" within the immediate surrounding area of the Colonial Forum of Tarraco.