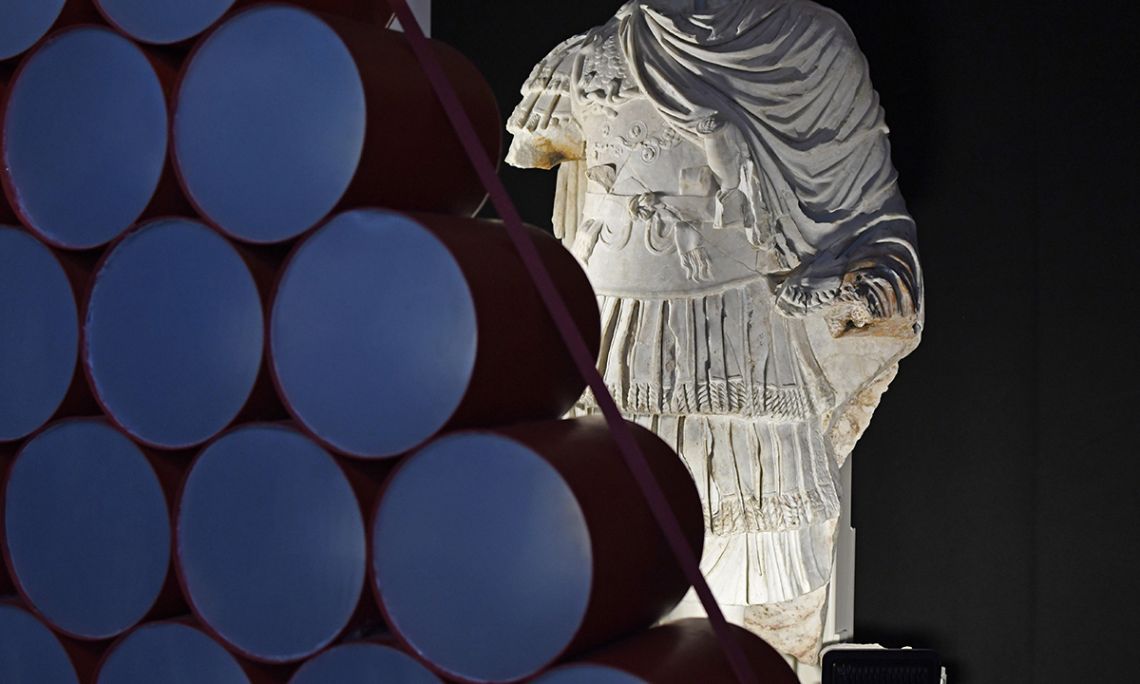 Armored statue which was a part of the decoration from the Theater. Museu Nacional Arqueològic de Tarragona.

Cuirass Statue, made of Luni-Carrara marble, which formed part of the decoration of the scaenae frons of the Tarraco Theatre. It represents an emperor wearing the armour of a general decorated with geometrical motifs and three snakes (from the head of Medusa).

Based on the compositional typology, the distinct markings on the sculpture place it at the height of the Antonine period. According to this interpretation, the sculpture may depict the emperor Lucius Verus. Other identifications however, have placed this magnificent piece in the Flavian period.

The statue has been recently restored for the TARRACO/MNAT exhibition.