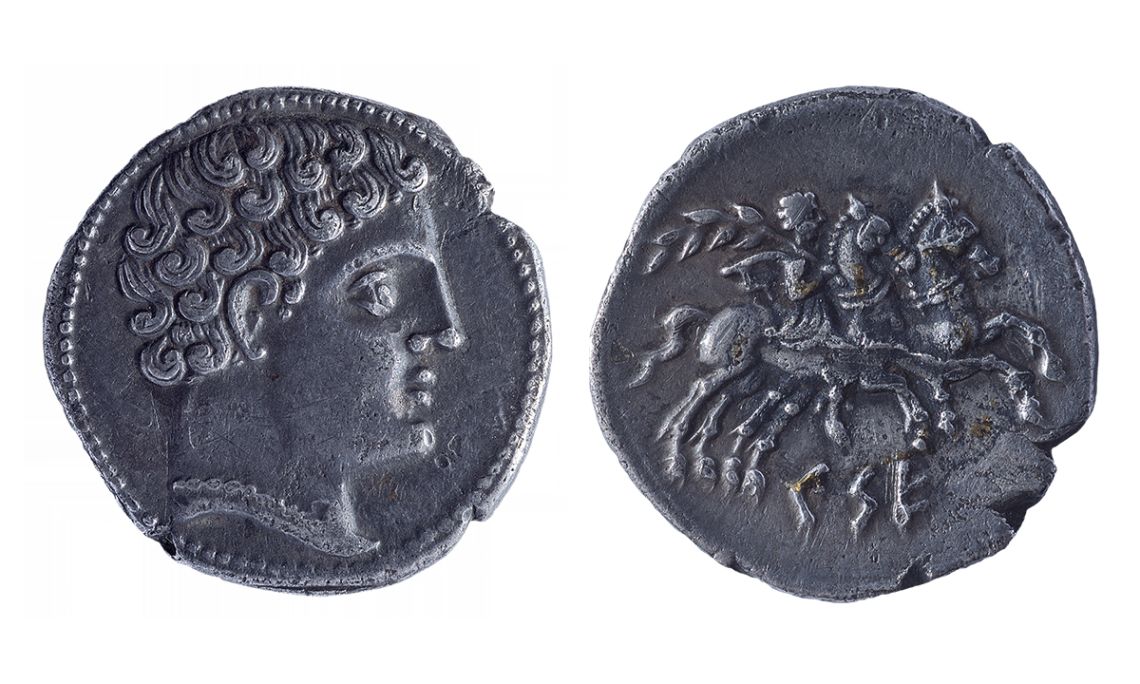 The Iberian denarius was first minted at the beginning of the 2nd century BC, after the Second Punic War and the Roman conquest of the Iberian Peninsula. Rome left the choice of the iconography and text to the indigenous population, but insisted on the strict reproduction of the characteristics of their own denarius in terms of the metal and the weight.

Unlike Roman coin issues, which have the goddess Roma on the obverse and Castor and Pollux on the reverse, only one of the twins appears here; he is carrying the palm of victory and leading his brother’s horse.