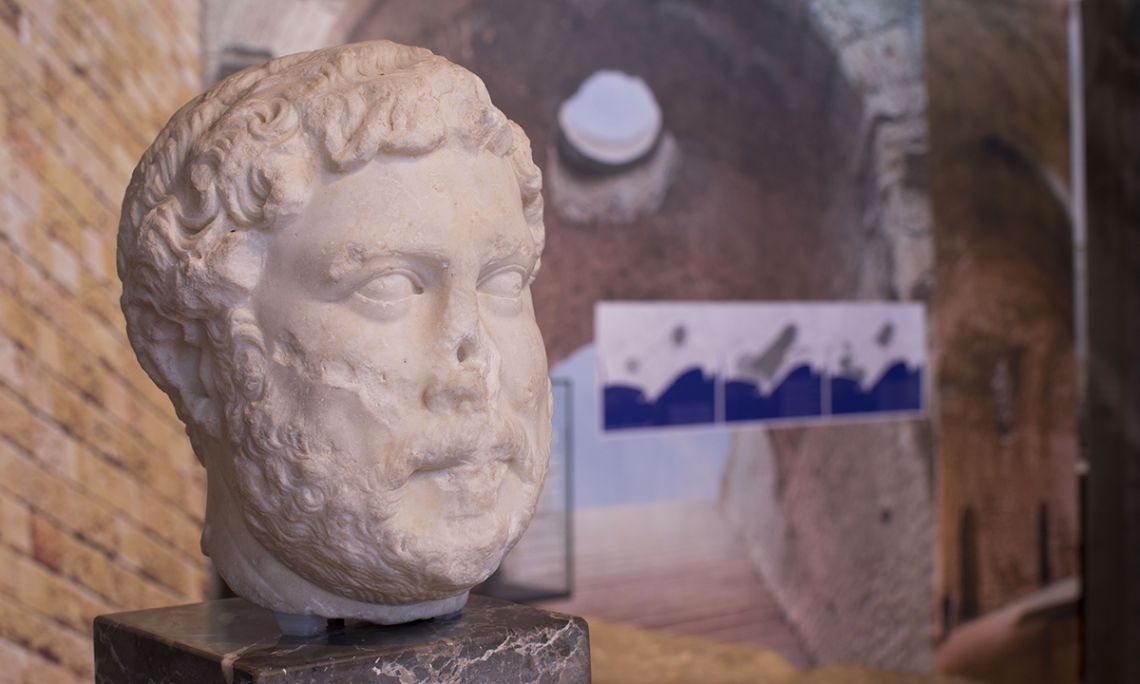 Portrait of the Emperor Hadrian, who visited Tarraco in the winter of 122-123 AD to preside over an extraordinary assembly of notables from Hispania. It is an official portrait made of white marble, undoubtedly the product of a local workshop. It would have been one of the many imperial sculptures and portraits that adorned the public and semi-public buildings of the ancient city of Tarraco.

It was discovered in Méndez Núñez Street in Tarragona (the lower residential area within the walls of the Roman city) in 1868.