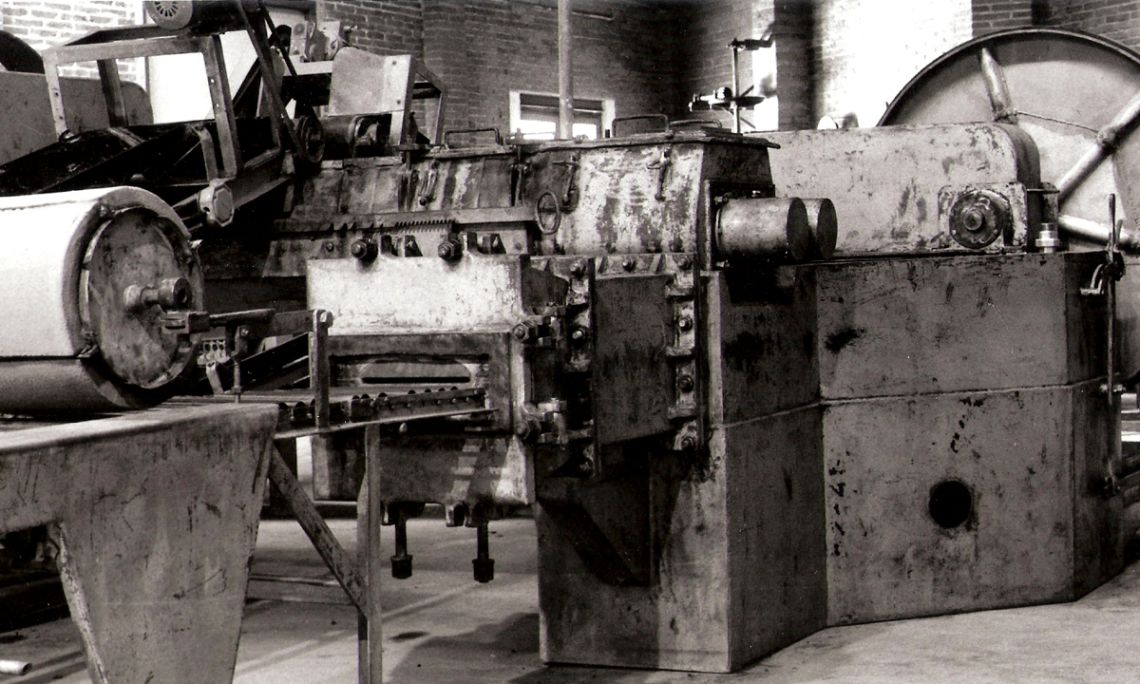 Tile cutter, used to shape the clay and model it using a metal mould at the end of the machine. Terracotta Pottery Museum. La Bisbal d’Empordà.

Initially limited to the flooring industry, mechanisation was not widely used for manufacturing other ceramics in Bisbal until the second decade of the twentieth century. Until then, innovations did not come through new technology, but rather by optimising and improving certain stages in craftsmanship, and by specialising the work carried out. It was not until 1914 that the tile cutter was introduced, and it helped further the industrialisation of the pottery industry in La Bisbal. The need for large amounts of clay to meet increased demand saw the introduction of the strainer; once it was added to the production line, along with other complementary machines (glazers, trimmers), it became easier to manufacture matte tile flooring and glazed tile coating on an industrial scale. The expansion of production will meant greater specialization, and the emergence of the first auxiliary industries.