Families of ‘canterers’ from La Galera 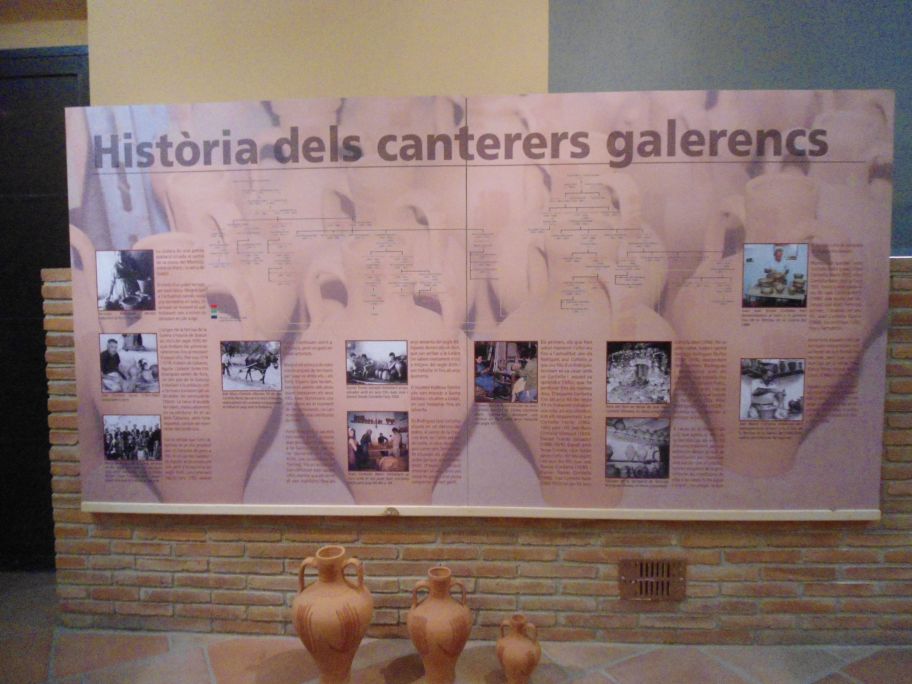 Family trees of the potters of La Galera with the two main families: the Borts and the Rodríguezes, now Cortiella.

The second room of the centre, which is still devoted to pottery and potters, examines the families of ‘canterers’ (the name given to potters in the Terres de l’Ebre county) of La Galera, documented since the 18th century. Surnames such as Cabanes, Aguilar and Sabater are mentioned, who left the trade for no apparent reason in around 1792. They continued to live in La Galera, but they worked in other fields. Alongside these we find two other families: the Borts and the Rodríguezes. The Borts worked as potters in La Galera until the 1950s, and the daughter of one Rodríguez potter married a Cortiella who learnt the trade, which allowed the activity to continue until this day under the surname of Cortiella.

The Rodríguezes were at one end of the village and the Borts were at the other. They remained on the outskirts because they needed a lot of space and because, when the kilns were lit to fire the pieces, they posed some danger to the village people.

Today a single active potter in La Galera and the Montsià local region, an heir of the Cortiellas, bears witness to this magnificent past.