The craft process. Firing the pieces 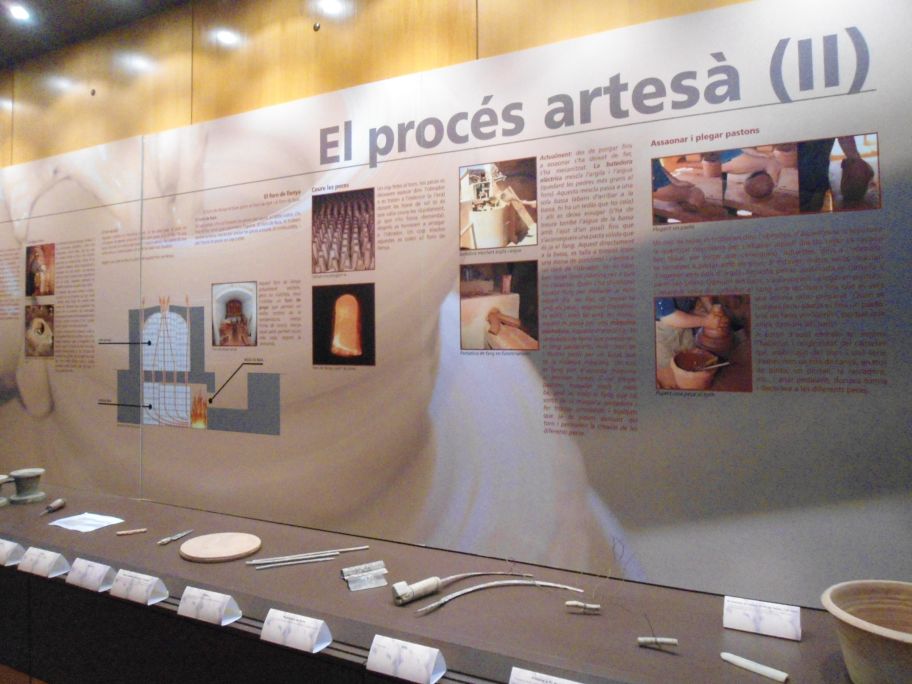 Mixing the clay to be placed on the wheel and firing traditional and modern pieces.

The second part of the exhibition explains how the craft potter kneads the dough thoroughly to give it the right plasticity to be able to throw it on the wheel and make the different pieces. The piece to be made on the wheel will determine the size of the lump of clay used, the potters of La Galera call this lump the pastó. After the piece has been made on the wheel, it has to be left to dry thoroughly before it is finally fired. Here the process of spinning and firing in traditional wood and modern propane gas kilns is explained. Traditionally, the firing lasted more than one day, but now it only takes about 12 hours. In the same room, a traditional kiln with pieces of raw pottery on it illustrates the whole process. Similarly, a series of antique pieces donated by potters from La Galera show the appearance of those fired with wood, which is different from those fired using propane gas. The latter are more homogeneous, whereas the former were marked by the flames.