Tomb of Queen Elisenda of Montcada 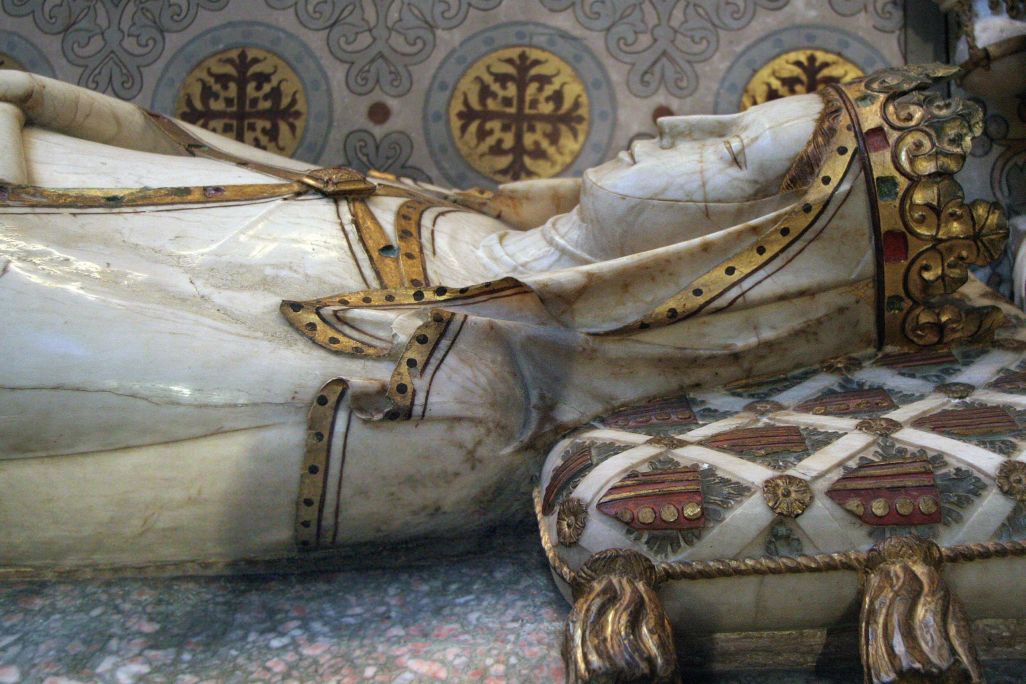 Detail of the tomb in the convent church

Elisenda de Montcada became Queen of the Catalano-Aragonese Kingdom through her marriage to Jaume II the Just (1267–1327). After the royal couple had founded the convent, on the king’s death the queen took up residence in the palace next to the convent, where she spent the last thirty-seven years of her life involved in the affairs of the community, although she never took vows as a nun.

The queen’s sepulchre, sculpted during her lifetime as an expression of her devotion to St Francis, consists of a marble bifrontal tomb that occupies two floors of the cloister below an arcosolium. The side of the tomb that faces the cloister features Elisenda as a penitent widow, while the other side which faces the church depicts her as the queen, dressed in royal robes and wearing the crown.

At the feet and the head of the queen, there are two kneeling thurifer angels burning incense, while two other angels present the queen’s soul to the Heavenly Father. The pinnacles that decorate the arcosoliumfeature the images of Saint Frances and Saint Clare, founders of the Franciscan order, and the royal patron saints,James and Elizabeth.