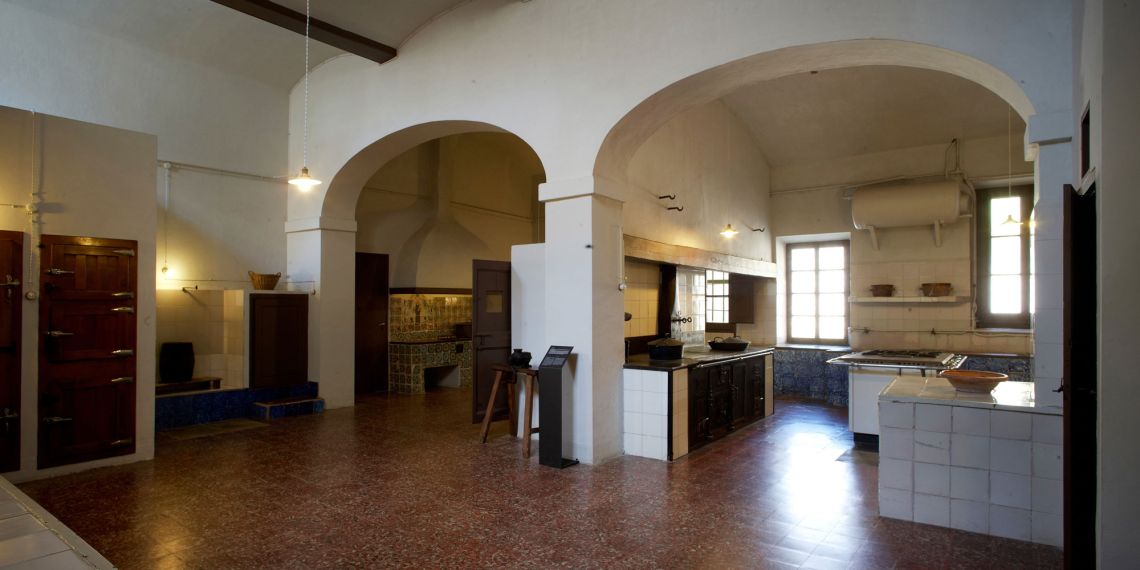 The kitchen is one of the areas of the convent that best reflect the passage of time. Used from the 14th century up until 1983, it has become a unique material testimony of how it has served the community throughout the course of its history. Proof of this are the different domestic utensils, the various tools for chopping and grinding, the oil drums, barrels for wine, the pots and pans, the cold room and the stove that have formed part of the kitchen over the years.

In the original 14th century layout , there was a high ceiling and a central fireplace on the ground. After having suffered a serious fire, the original kitchen was rebuilt by Barcelona’s Consell de Cent  in 1602. The stone sinks, which are still preserved, were added around 1520.

At the end of the 19th century, the old 16th century bread ovens were demolished to be replaced by raised coal stoves, with decorative tiles depicting Saint Anthony. The various work surfaces were covered with white and blue tiles and a wrought iron wood-fired cooker was installed, followed later by one of butane gas.