The Chapel of Sant Miquel 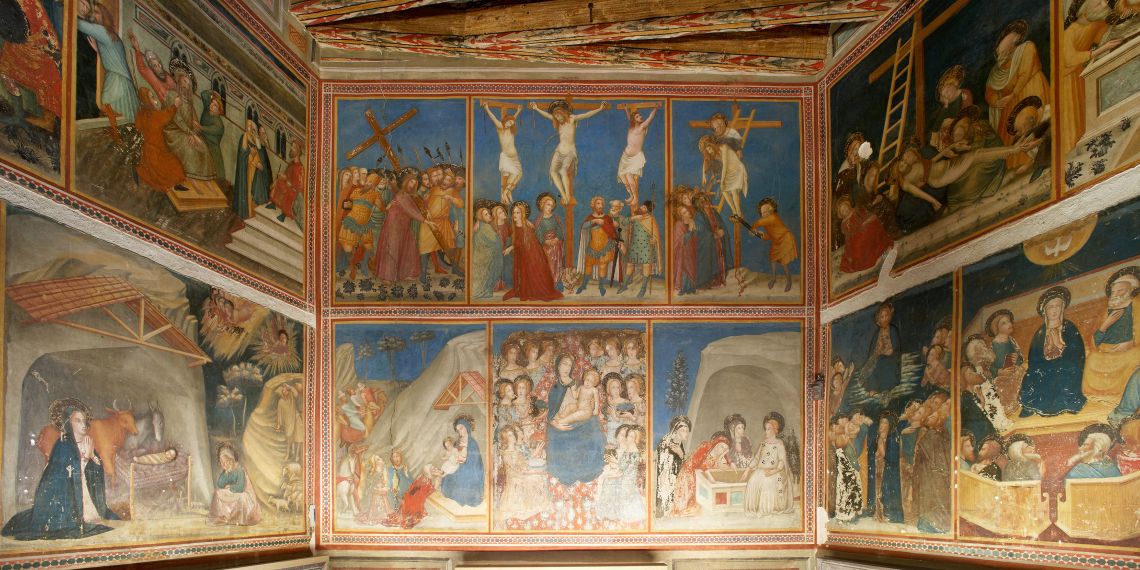 Frontal detail of the Chapel of Sant Miquel murals.

The chapel is decorated with a magnificent set of murals commissioned from the Ferrer Bassa atelier by the Abbess Francesa ça Portella, as we learn from the contracts signed in 1343 and 1346. The fresco and secco mixed-media paintings constitute the first example on the Peninsula of Italian trecento art, influenced above all by Italian masters such as Giotto, the Lorenzetti brothers and Simone Martini. The iconography is inspired by Marian worship and represents, in three pictorial sections, the Passion of Christ, couplets in praise of the Virgin Mary and several figures of saints.

Initially conceived as a space for individual worship, it eventually became the convent archive; between 1801 and 1870 was used as a cloakroom, and subsequently was transformed into  an abbey cell. As a result, the paintings were isolated from the daylight, moisture and dust and were not rediscovered until the 19th century. The interest they initially aroused has not declined, given the important stylistic and technical innovation they represented at the time when they were painted. Several subsequent restorations have further revealed the excellence of these paintings.