The abbey and the chapter house 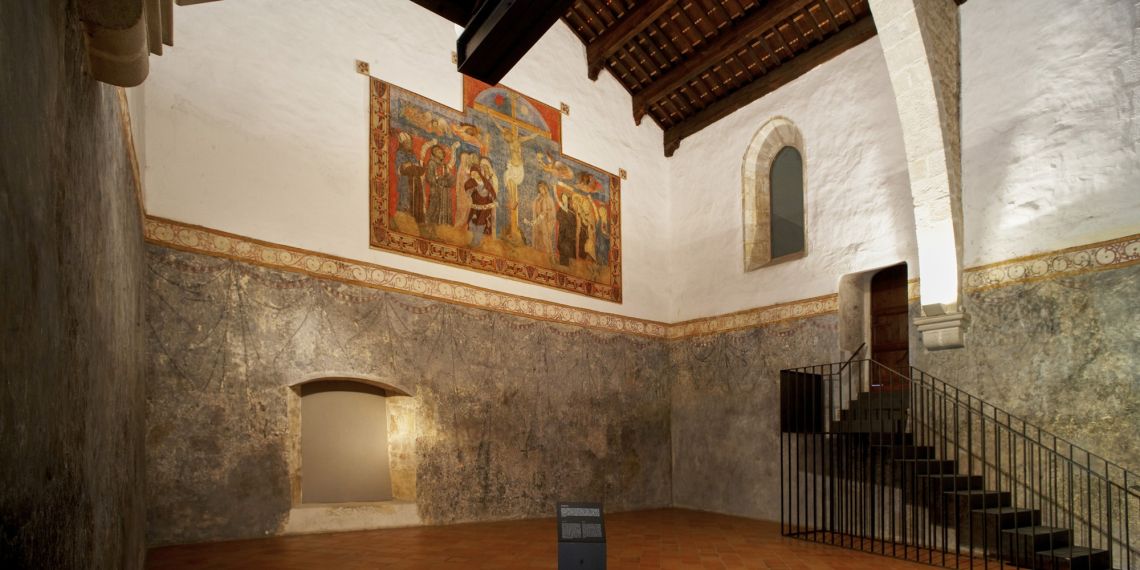 The abbey is one of the few preserved areas dating back to the 14th century which, despite having undergone a series of alterations due to wear and tear from use over the years, preserves part of the mural decoration from the beginning of the century when it was built. The mixed-media fresco and tempera paintings represent curtains featuring  fantastic animals and cover the entire room. The reconstruction of the ceiling imitates the original polychrome decoration, in which the gold bezants of the Montcada coat of arms and the motifs of the Royal Family alternate to constitute the convent escutcheon.

The chapter house was the community meeting place. Built in 1416, this area features the stained-glass windows from the 15th century; the polychrome sculptures of the keystone, which represent the Pentecost, and the image of the Virgin Mary with Child, from the 14th century, one of the three Gothic sculptures t preserved at the convent; and the two painted panels dating from the same period.

In this space, the Abbess and the discretori (council), formed by the sisters who occupied positions of authority in the community, decided on the particularly important issues of the the convent organisation and of internal affairs.