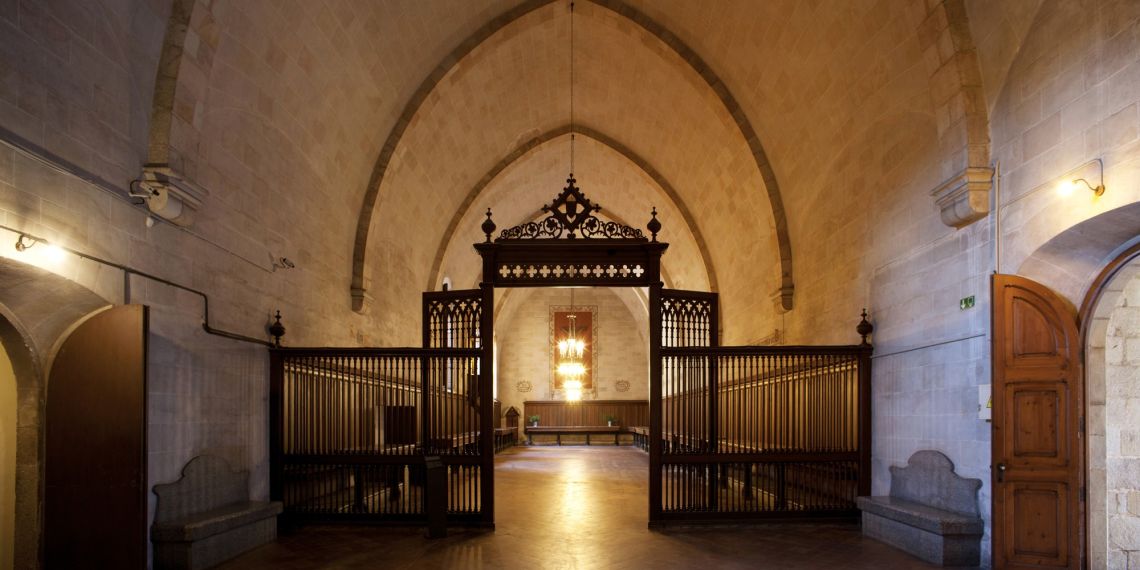 In the cloister, in front of the Angel's fountain, which served as a washbasin for the nuns, there is the refectory, where the nuns ate in silence. The antechamber, called  De profundis , still preserves the wall cabinets, clad with Valencian tiles from the 16th and 18th centuries, where the individual table utensils were kept.

The current appearance of the refectory is the outcome of alterations carried out during the late nineteenth century, which replaced the original nave with a gable roof and wooden beams supported by stone arches. Following the restoration trends of the time, to endow the room with a more medieval appearance brick vaults were built between the arches to create the impression of a pointed barrel vault. The furniture was renovated with the addition of the pulpit for the sister reader, artificial granite counters, the wood-backed wall benches and a wooden grating that served as a lattice to separate the De profundis from the dining room.

The door to the kitchen is next to the refectory, and both rooms are connected by a service window.