Dormitory and treasures of the convent 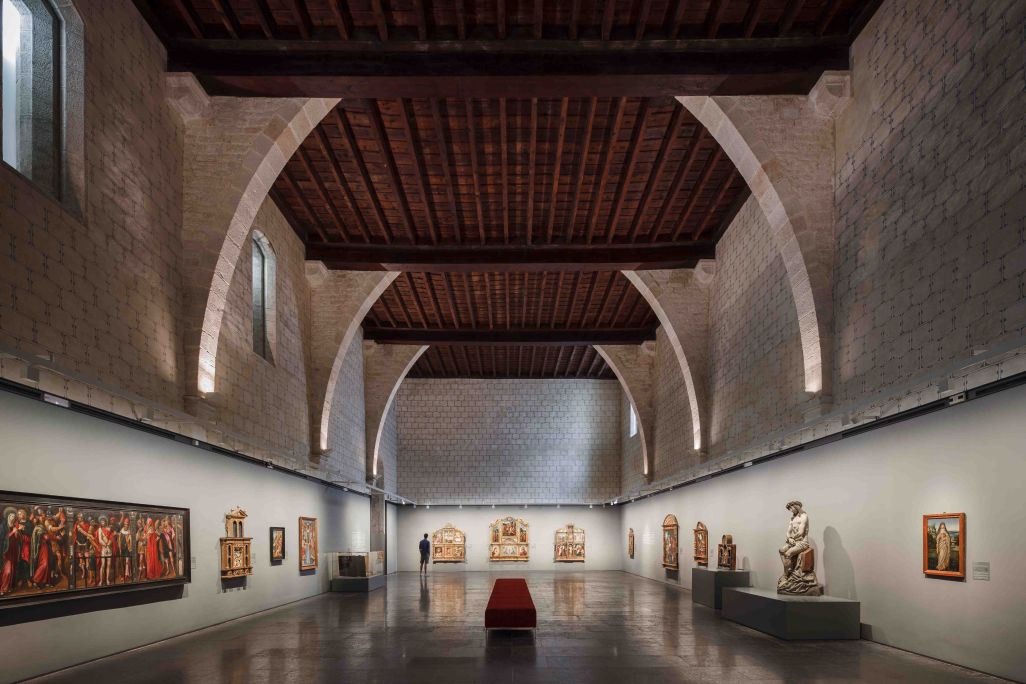 Dormitory and the ‘Convent treasures’ exhibition

The nuns’ former dormitory, built the north corner of the complex, it has a gable roof with exposed beams supported by eleven ogival arches resting on large corbels. The current queen’s room, adjoining the dormitory, is believed to coincide with some of the dependencies of the former queen’s palace, which was demolished in compliance with Elisenda’s last will and testament. In the 17th century this room was remodelled to house the convent’s novitiate, and in the early 20th century, thanks to the dowry given by Sister Eulària Anzizu, the interior was compartmentalised to accommodate a set of cells that lined both sides of the large nave and opened onto a long central corridor.

After alterations had been carried out to house the exhibition of religious paintings from the Thyssen-Bornemisza collection (1993-2004), the current exhibition ’The Convent of Pedralbes. The Convent Treasures’ is now on display.  After an extensive and exhaustive task of restoration and conservation, a unique collection of art, furniture and secular and liturgical items from the convent treasure is presented here. Divided into four main chronological sections, the exhibition givespriority to the hall itself over the exhibition montage.