The convent cloister and ’Plants, remedies and apothecaries’ exhibition 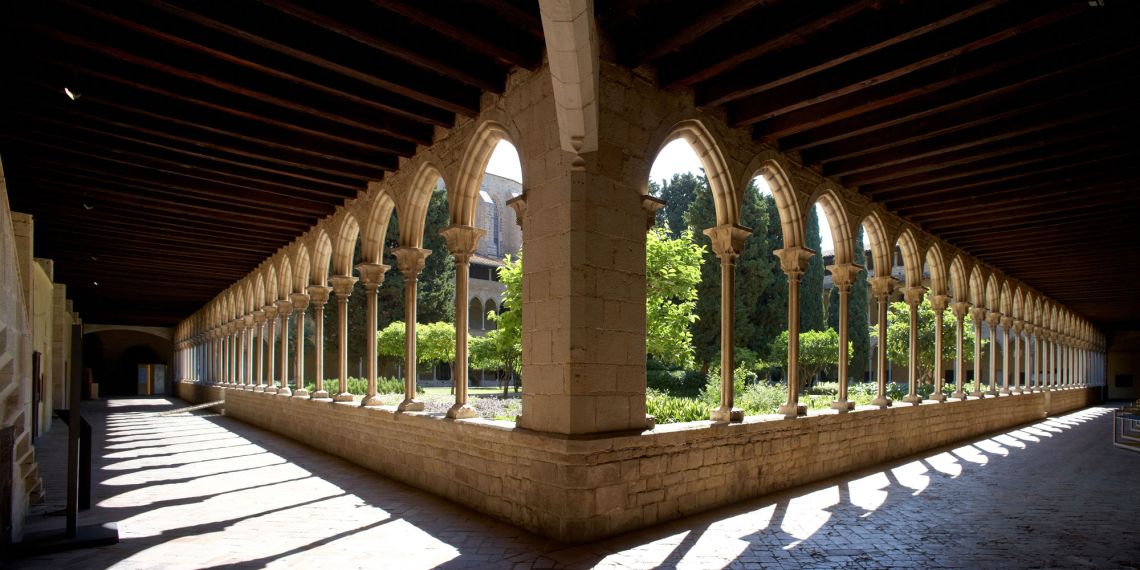 Cloister of the convent in perspective

The central element around which the entire convent precinct revolves, this cloister is regarded as the world’s largest in the Gothic style. It consists of two galleries with twenty-six columns on each side made of nummulite stone (limestone with traces of fossils) from Girona, and was later extended upwards with a third-floor attic.

Around the cloister the main rooms of the convent are arranged: the chapter house (from the 15th century), the abbey, the infirmary (16th century), the refectory, the dormitory and rooms where the members could spend time in seclusion known as the day cells. The capitals that support the ogee arches are decorated with highly stylised leaves and with the escutcheons  of the Royal and Montcada families. The fusion of these heraldry emblems of the Royal Family and that of Montcada gave rise to thecCoat of arms that Queen Elisenda left to the community for posterity.

The cloister currently houses a project for the recreation of a medieval medicinal garden, based on writings preserved at the convent and treatises which compile medical knowledge of the period, thanks to contributions from Arab-Islamic culture, which reinterpreted the principles of Greek and Roman medicine.