The Golden Hall of the Maricel Palace

On 18 October 1915, four years after the opening of the Gothic Hall of the Maricel de Terra, the great banqueting hall, known as the Golden Hall by virtue of its exuberant decoration, was inaugurated.

Joiner Joan Marsal was responsible for the neo-baroque décor of these rooms. Utrillo himself said Marsal understood perfectly that one should never copy, but rather create new works inspired by the chosen styles.

At the time of the inauguration, focusing on the decoration of the Hall we might highlight the rich Toledo front, the flag of the Guild of Barcelona Blacksmiths and Locksmiths, the great fireplace from Jaca, Gothic altarpieces and Chinese pieces.

Today, now that the Deering collection has been removed, we may contemplate other works of art, many of which are reproductions. Donatello's David and fragments of Byzantine mosaics from Ravenna which represent the Emperor Justinian and his wife Theodora are all high-quality copies.

On the other hand, the furniture pieces, unlike the art copies, are very free versions that probably constitute the fruit of their creators’ imagination rather than archaeological copies. Here we find a choir stall, wash basins, desks, tables, etc. 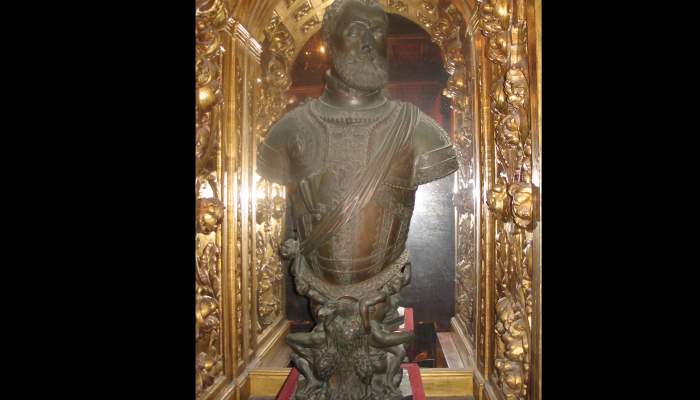 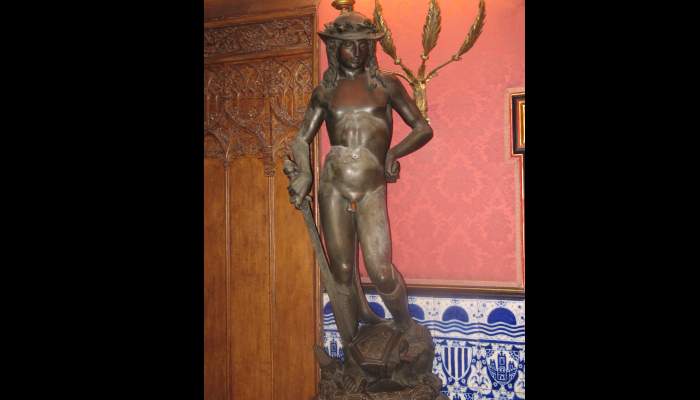 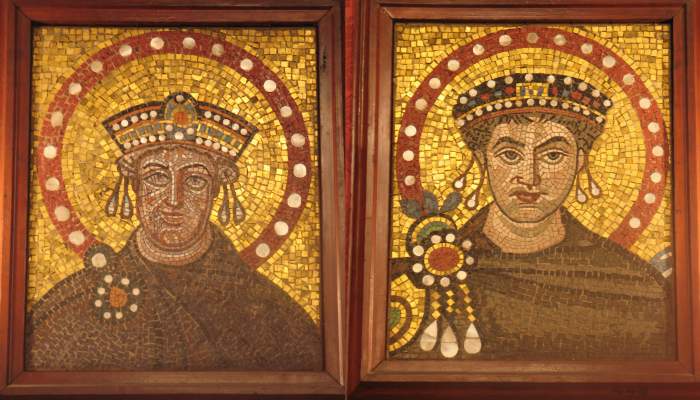 Mosaics of Justinian and Theod... 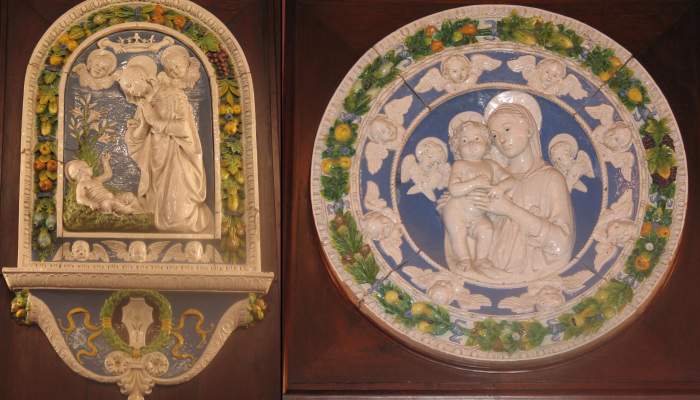 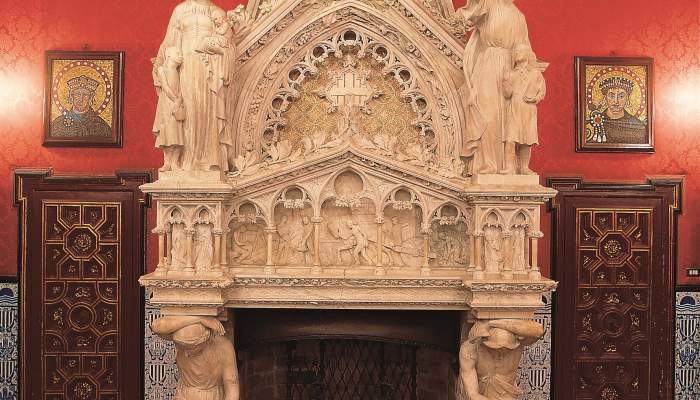