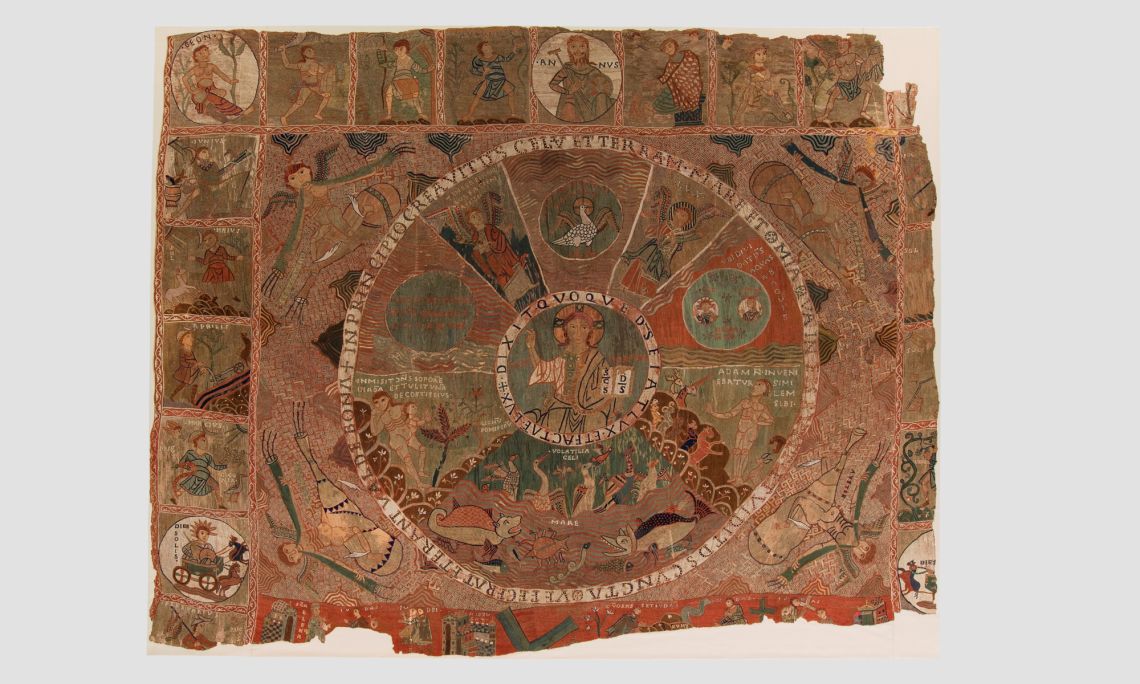 The Creation Tapestry (Tapís de la Creació), actually an embroidery, is dated between the 11th and 12th centuries. The centre shows the first chapters of Genesis. At the corners there are four winged figures, represent the four winds. Around the edge, the border shows elements alluding to the passage of time: the seasons, the months of the year and two days of the week. At the top there are two rivers of paradise and two biblical characters. The lower, incomplete part represents the history of the True Cross by St. Helena and Constantine.