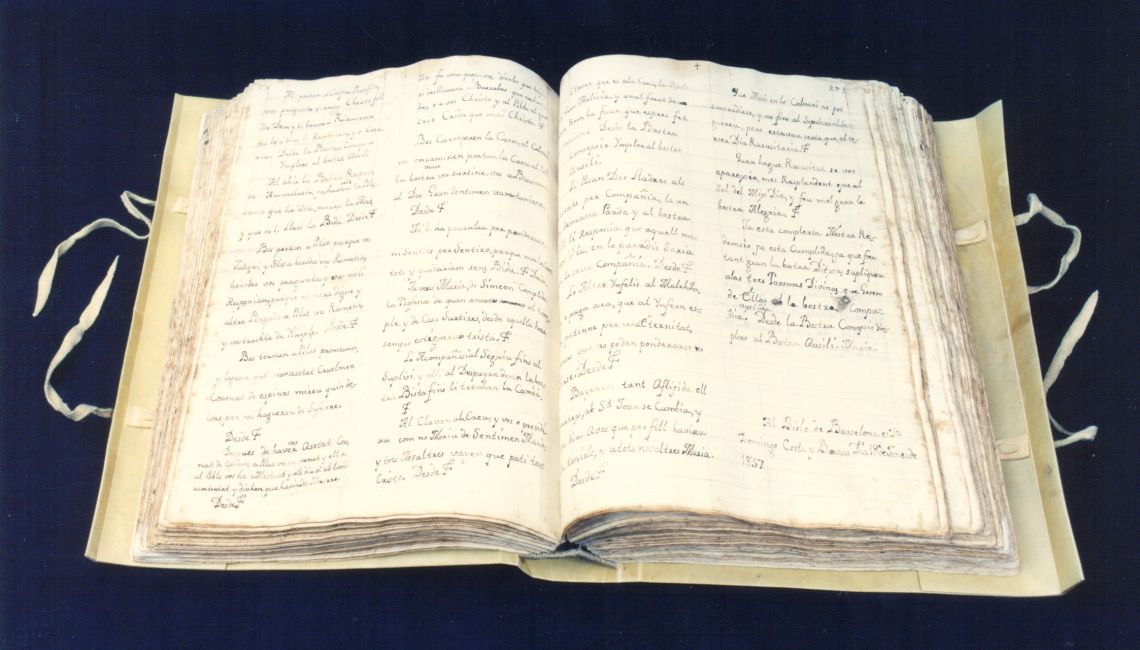 In April 1817 Jaume Galobardes, farmer and vintner, began writing a chronicle of his daily life in the town. He began to record the daily history of Santa Coloma de Gramenet from the late 18th century until his death. Later, his son Josep took over the task. The latest references in the book date back to 1990, written by Miquel Arús Galobardes. Although Galobardes had no vocation as a historian, his observations give us an insight into how Santa Coloma faced the challenges of the 18th and 19th centuries.