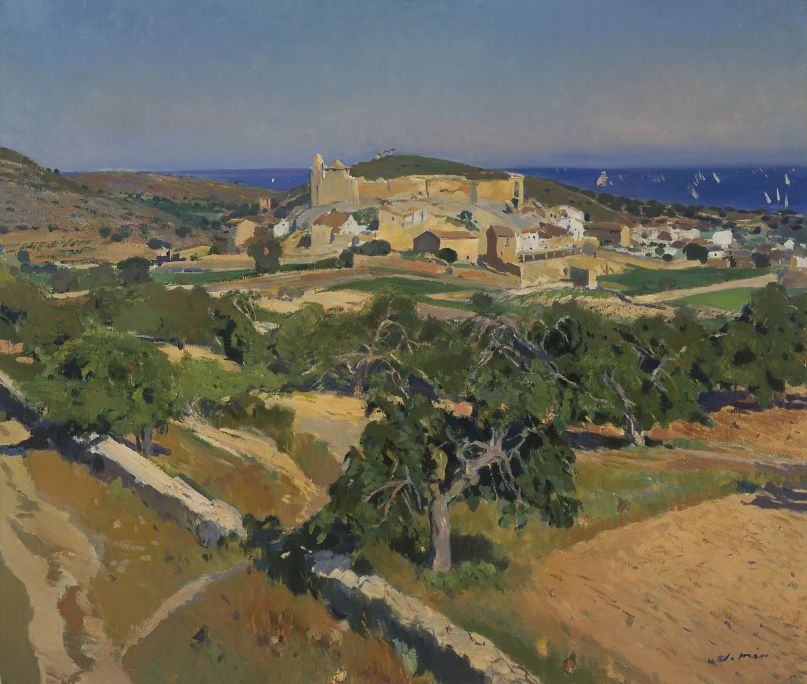 At the beginning of the 1920s Pau Casals established his permanent residence in Catalonia. It was during this time that he built up his collection of paintings and sculptures by the most famous Catalan artists of the late 19th and early 20th centuries. Advised by gallery owners and art critics, he personally chose the works after having seen them in the exhibitions held by the most important galleries of Barcelona. The artists of the Sala Parés, with Joan Anton Maragall at their head, and those of the organisation of the art critic Joan Merli became his main sources of acquisition. The majority of the works were bought to decorate the house in Sant Salvador. The coherence of the ensemble makes the Vil·la Casals collection an excellent representation of Catalan realist art, with works by such artists as Ramon Martí Alsina, Ramon Casas, Eliseu Meifren, Frederic Mompou, Joaquim Mir, Joan Rebull and Josep Llimona, among others.