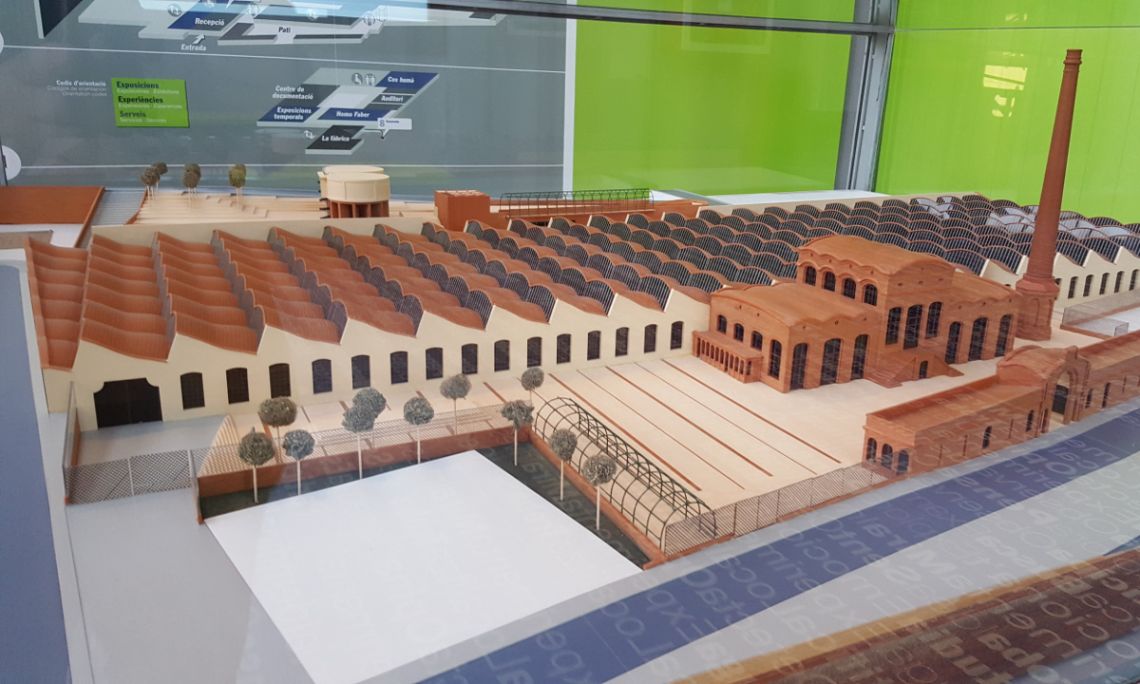 Model of the Vapor Aymerich, Amat i Jover Building. National Museum of Science and Technology of Catalonia, Terrassa.

This building of the National Museum of Science and Technology of Catalonia, the Vapor Aymerich, Amat i Jover, represents the best modernist industrial architectural work in the country. Designed by the architect Lluís Muncunill, it was opened in 1909.The spectacular roof is an outstanding feature of the building, with its saw tooth form. The usual flat forms of this type of roof were reinterpreted by Muncunill, using 161 flat brick vaults, also known as the Catalan vault. They were supported by 300 cast iron columns that also served as water drainpipes and as a support for the struts.