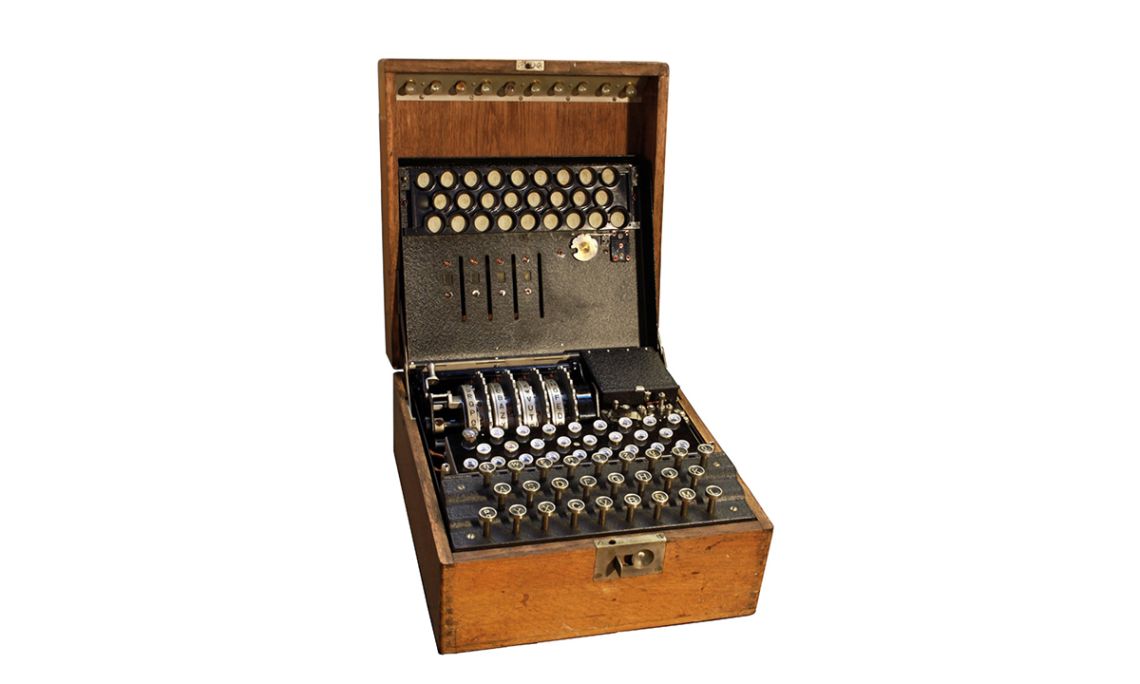 The first Enigma encryption machines were manufactured in 1923 and were initially used to send messages in the commercial and industrial sphere, but were soon applied to a military context, becoming one of the key encryption machines of the Second World War. The military version of the Enigma used by the Nazi forces was capable of setting messages with more than 456,976 combinations, making it a real headache for the Allied side.

Enigma machines were used in Spain for commercial, industrial and military transactions during the Civil War and the post-war period.

This is the model D (the most advanced of the commercial rather than the military models).