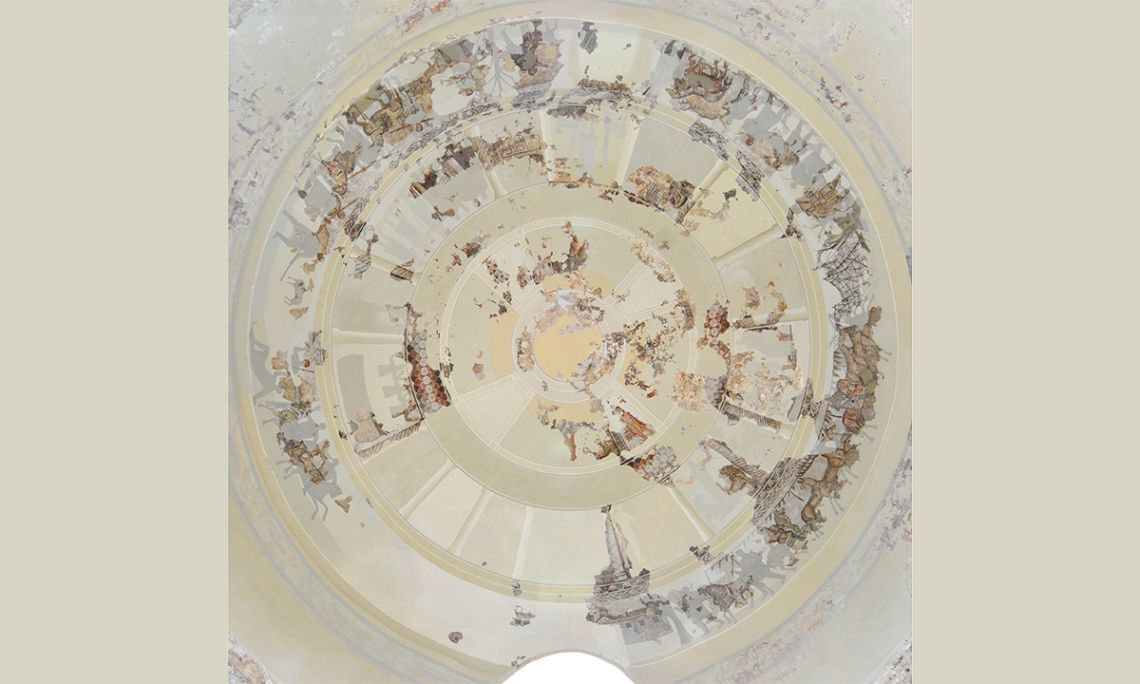 The most spectacular part of the Centcelles monumental complex is the so-called dome room. The degree of conservation, the decoration and the impressive architecture allows us to imagine the past splendor of this monument.

If we look up, we can see the true jewel of Centcelles: the remains of a mosaic made with nearly one million tesserae that covered the whole interior of the dome. It is still easy to identify some of the subjects depicted in it, such as a large hunting scene, scenes from the Old and New Testaments, and the seasons of the year.