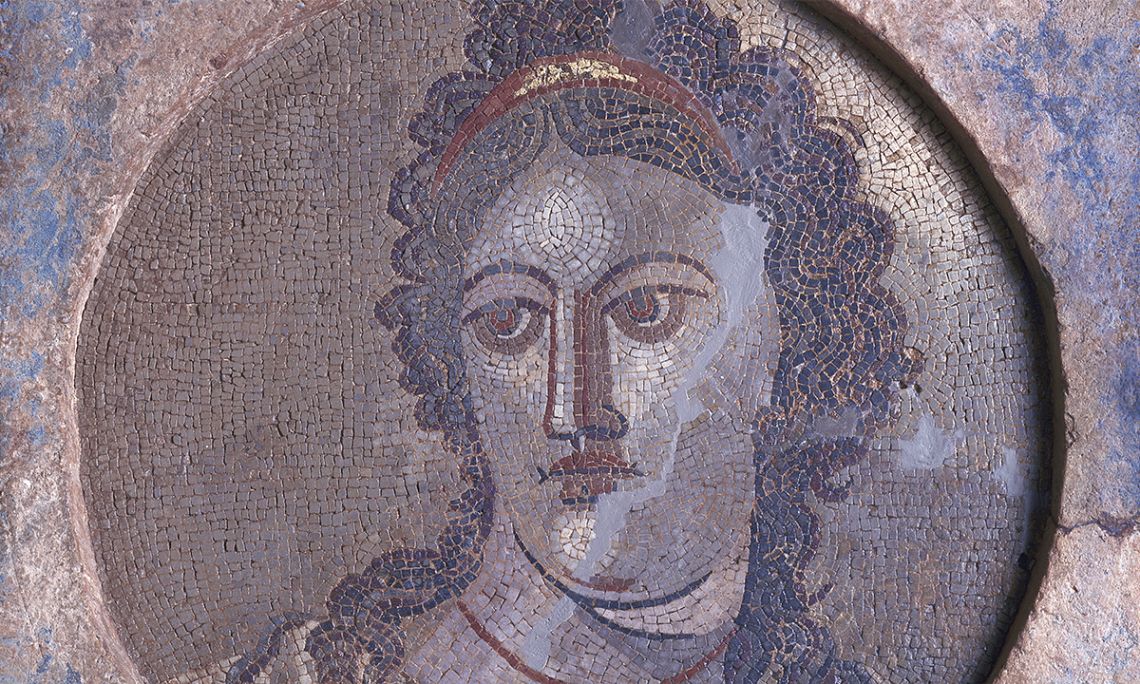 A mosaic discovered at the villa of Els Munts, made in opus vermiculatum with the depiction of a figure with no distinguishing features. Nevertheless, as it was discovered at the same level of debris as two similar pieces attributed to Euterpe and Thalia, it is believed that it may be Mnemosyne, the goddess of memory and mother of the nine Muses.

This mosaic was affected by fire in the 3rd-century AD which caused the destruction of the area of the villa of Els Munts where it was found, causing the loss of its original colour, and consequently leading the predominant grey and bluish tones.