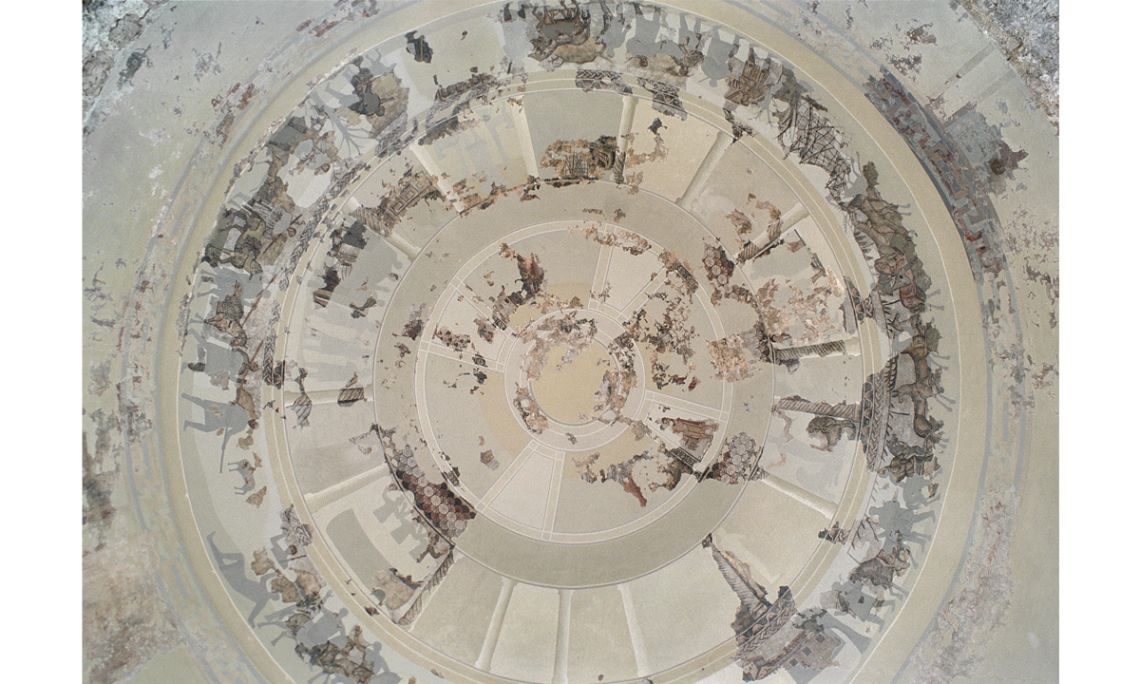 View of the mosaic dome from the villa at Centcelles. Museu Nacional Arqueològic de Tarragona.