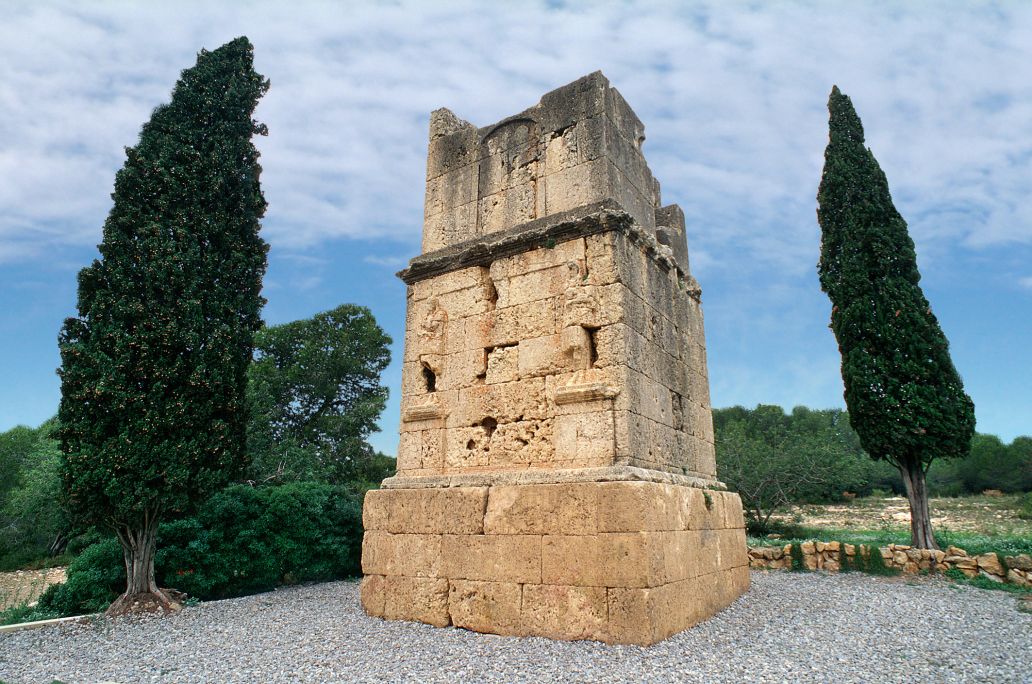 View of the Scipios’ Tower.

This funeral monument in the form of a tower was built early in the 1st century AD alongside the Via Augusta, near the city of Tarraco.

It consists of three superimposed sections most probably once crowned by a pyramidal roof, which has not survived.

The top section contained a burial chamber in which urns with the ashes of the dead would have been deposited. The main façade of this section still features a much eroded bas relief with two figures, which probably represent the people buried in the monument.

The façade of the middle section shows, in high relief and arranged symmetrically, two figures which have traditionally, though mistakenly, been identified as the Scipio brothers, hence the popular name of the monument.

These figures in fact  represent Attis, an oriental god who protects the dead and their resurrection.