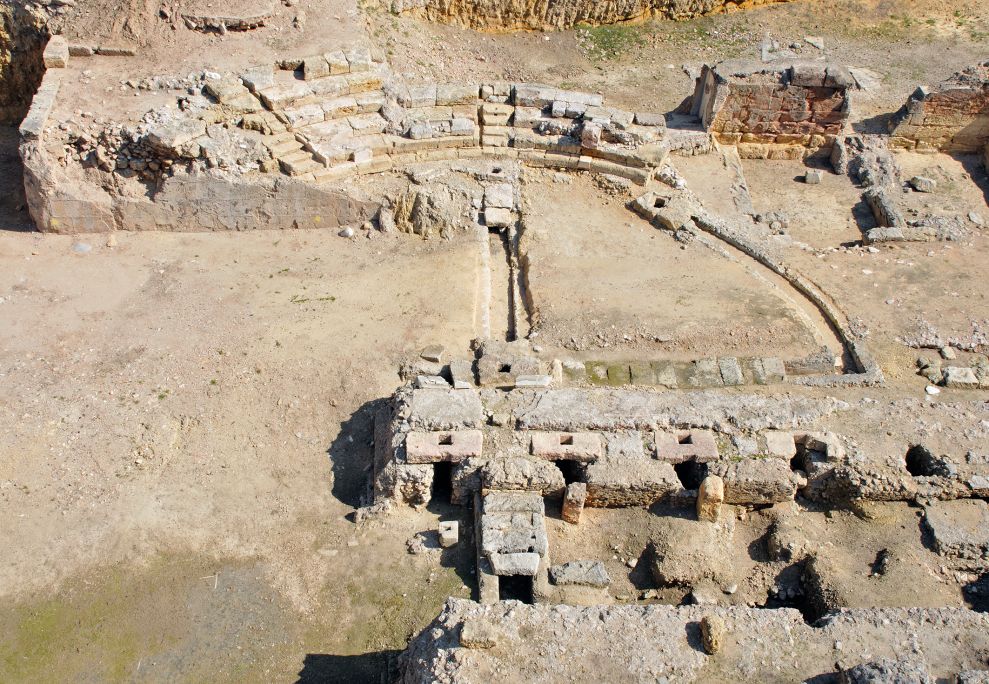 View of the Roman theatre, showing the remains of the seating that have survived and part of thescaenae frons.

Located in the lower part of the city and —taking advantage of the slope to support part of the tiers, remains of the three fundamental parts of the building have survived: the cavea (seating), the orchestra (hemicycle at the foot of the tiers reserved for dignitaries)and the scaenae frons (the stage and performance support facilities).

Part of the first five rows of seats at the bottom of the cavea has survived,around  the orchestra, and two of the three flights of steps (scalaria) that divided it into sections.

The stage was dominated by a monumental, profusely decorated background façade.

Built during the reign of the Emperor Augustus, the building was extended and in permanent use until the end of the 2nd century AD, when it ceased to function as a theatre and given over to other purposes.

Rediscovered at the end of the 19th century, it was severely damaged in the course of the 20th century.