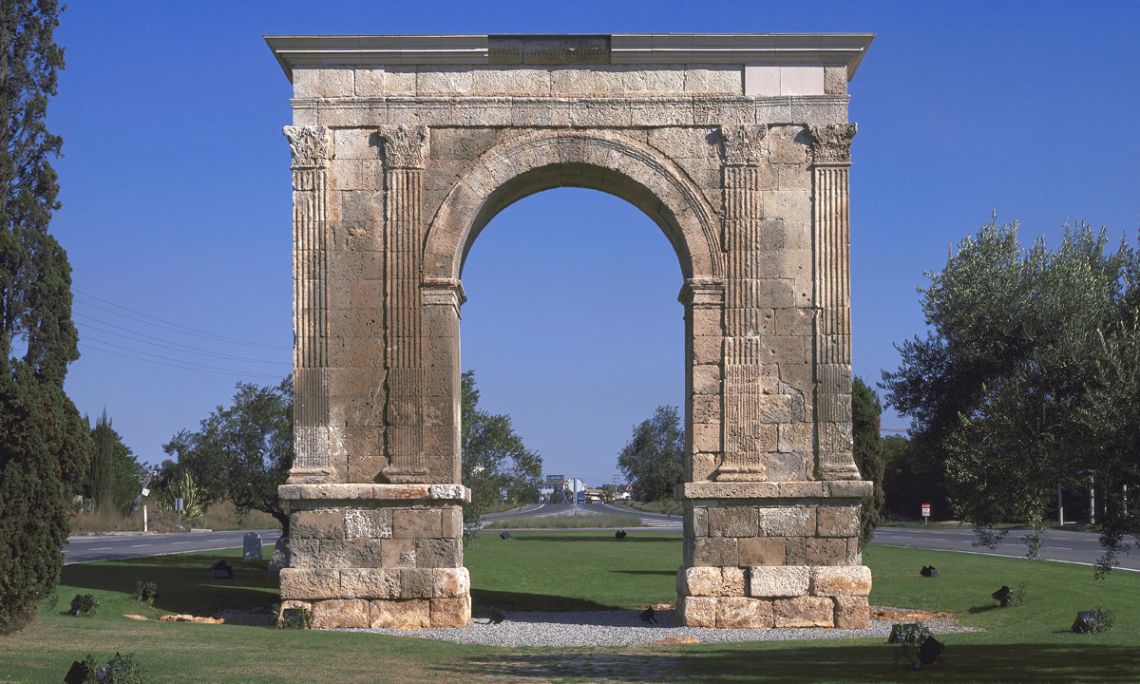 An honorary arch located on the Via Augusta, it was built between the years 15 and 5 BC in compliance with the last will and testament of Lucius Licinius Sura ―prefect of the Colony Victrix Iulia Lepida (Velilla de Ebro, Zaragoza)― and dedicated to the Emperor Augustus.

Built of local-stone ashlars, it has a single arch and eight fluted pilasters crowned by Corinthian capitals which support the entablature, which bears the inscription commemorating its construction.

The present-day arch is the fruit of several restorations conducted over the ages. The attic, the architectural element that originally crowned the whole monument, has not survived.

It was built on the Via Augusta, some 20 km from Tarraco, in the context of the roadway and administrative reforms carried out by Augustus in 27 BC.