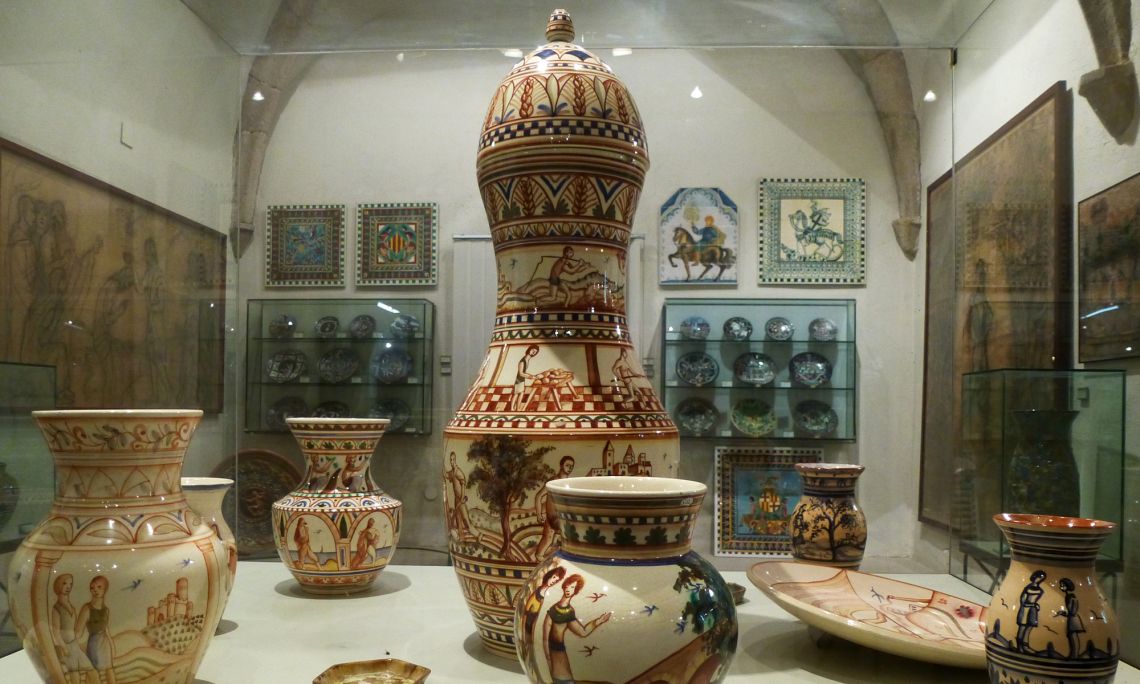 The Museum exhibits a collection of decorative pottery, dishes, vases, tiles and objects of all kinds that Aragay created with the highest artistic standards.

Josep Aragay was one of the founders of the Gremi de les Arts Aplicades (Guild of Applied Arts) in 1914, and in doing so hoped to recover certain crafts, including pottery. He made his first works under the guidance of Francesc Quer. The pieces decorated by Aragay were inspired by Catalan 16th century designs, with symbolism full of melancholy and lonely characters, set in idealised, picturesque landscapes. In 1915 Aragay exhibited his work in the Galeries Laietanes in Barcelona, with a show that was very well-received by critics and the public alike, and which saw him lauded as one of the best potters in the country. Upon returning from a year-long trip to Italy (1916- 1917), Aragay simplified his style and opted for a typically Mediterranean themes. From then on, Aragay's pottery features more friendly characters wandering under skies filled with swallows, among vineyards and through olive groves. In 1918 he decorated tiles for the fountain in Portal de l'Angel in Barcelona, considered one of the jewels of the Noucentisme ceramic work. That same year he became professor of ceramics at the School of Fine Arts. In 1925 he founded a pottery studio in Breda, where he worked hard to resolve technical issues with clay, moulds, varnishes, different kiln techniques and applying glazes and colours with engobes. The pottery from the studio in Breda was exhibited and sold throughout the country to great success, until production stopped with the outbreak of the Civil War. A selection of Aragay's best pieces can be seen on display in the Museum. 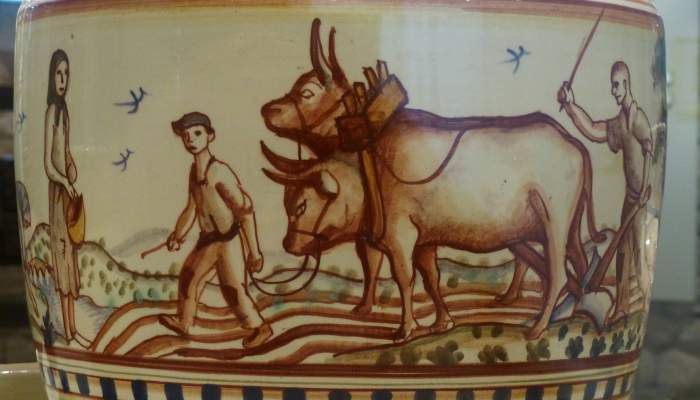 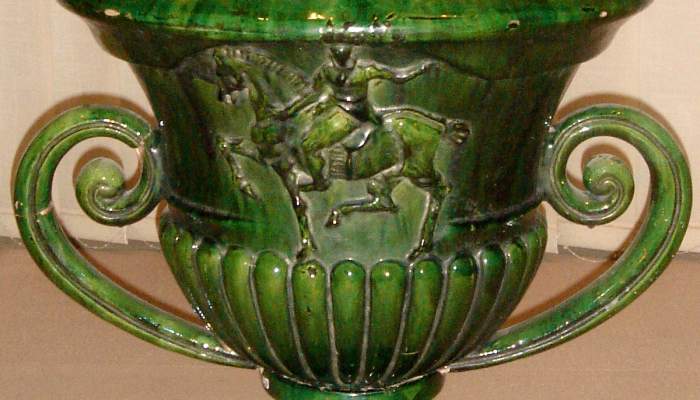