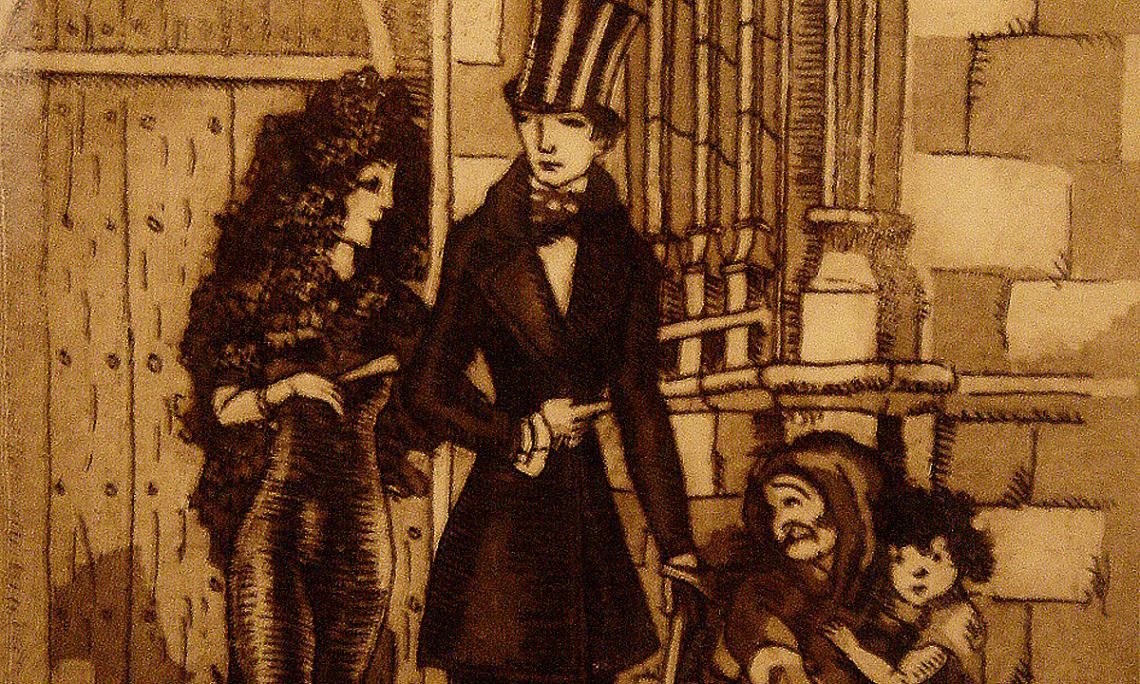 Setmana Santa?, made in 1937, is an etching with a moral theme, but it also contains a strong element of social criticism. During a period marked by the Civil War, Aragay highlights the differences between social classes, showing a wealthy couple next to a mother and child begging at the door of a church. Aragay, who was a town councillor in Breda, supported reforms promoted by the Republican government. After the war he was arrested and imprisoned.