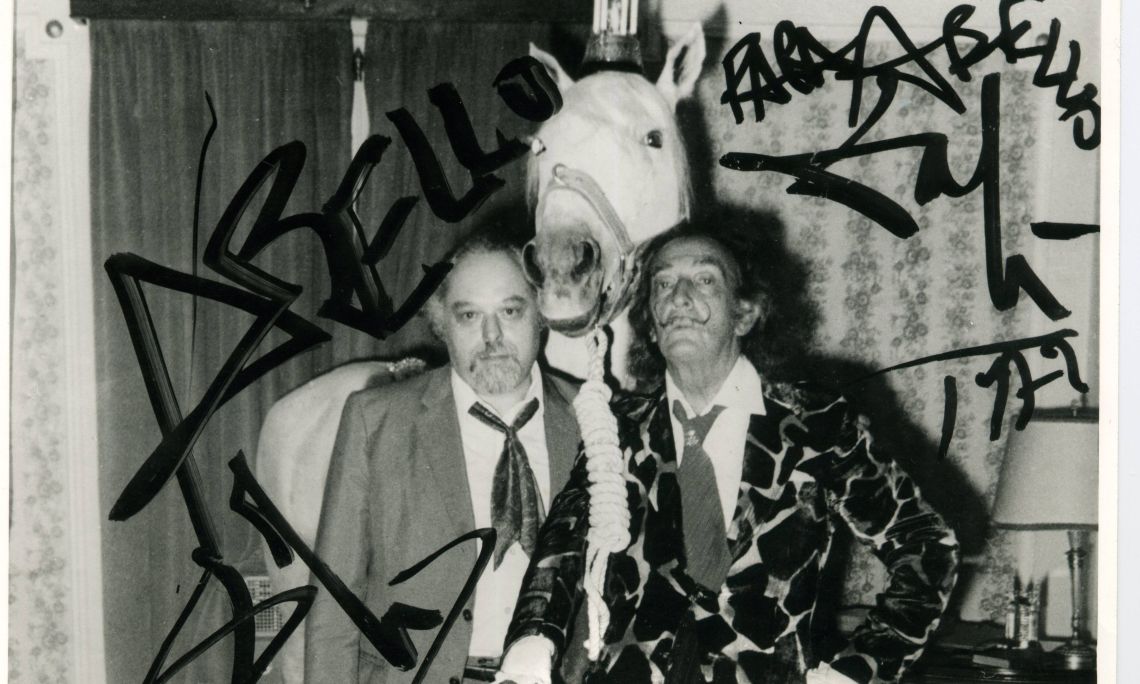 Joan Abelló and Salvador Dalí established a close friendship between the mid-sixties and the mid seventies. From that point, they kept up a level of collaboration which can be seen today in very specific items in the Abelló Museum archive.

One clear example is the work The Portrait of Abelló, in which Dalí portrays a quixotic Abelló. Dalí saw Abelló as a man who was prepared to fight to achieve his dream: the Abelló Museum. For this reason, the museum also houses two posters from the 1970s, painted by Dalí himself, for the future museum.

The other exemplary work is Rocibaquinante, which curiously is the fusion of two very famous horses: Don Quixote’s Rocinante and Cid Campeador’s Babieca. This is how Dalí depicted Abelló’s tenacity in creating the museum he had longed for over so many years.