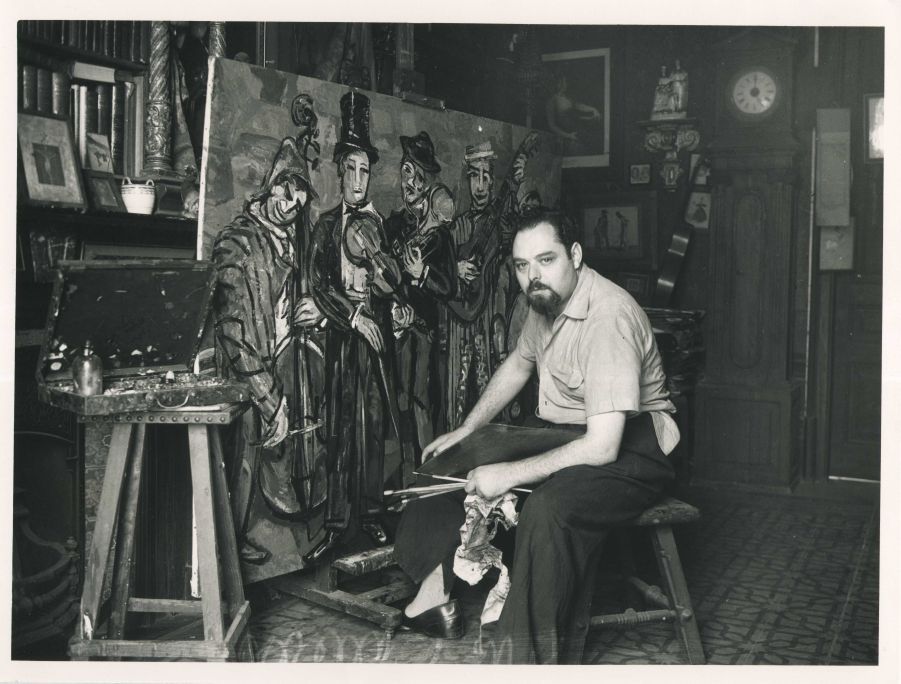 Joan Abelló was born in Mollet, in 1922. As a child, already displaying artistic sensibilities, he taught himself about the world of painting. During his formative period in Barcelona, ​​he met two of his great teachers: Pere Pruna and Carles Pellicer. From 1946 to 1959 he lived with Carles Pellicer, and acquired his passion for collecting from him. From the 1960's onwards, he embarked on a series of journeys that took him all over the world.

Abelló experienced and knew all the -isms of the 20th century well, but he also created in his own, individual style, explosivism, characterised by an explosion of oil paint on the canvas.