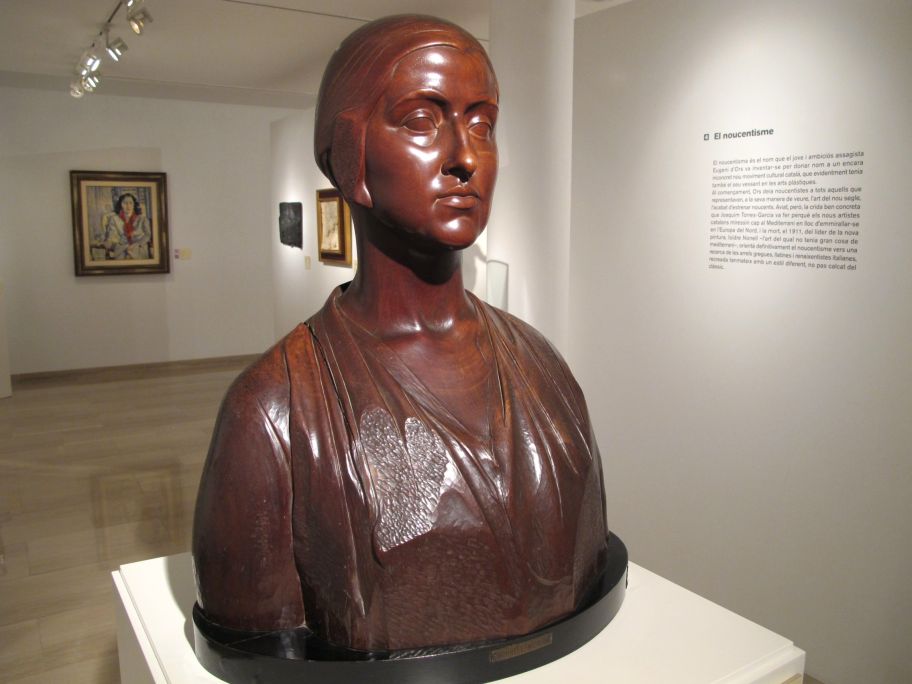 Sculpture by Joan Borrell that presents the area dedicated to Noucentisme.

Noucentisme is the name that the ambitious young essayist Eugenio d'Ors invented to give for a still vague new Catalan cultural movement which obviously also had its base in the fine arts.

At first, D'Ors called all those who represented their view of the art of the new century, 1900s, Noucentistes. Soon, however, the very specific call that Joaquin Torres Garcia made for new Catalan artists to look to the Mediterranean rather than reflecting Northern Europe, and in 1911 the death of the leader of the new painting, Isidro Nonell, whose art did not have much of the Mediterranean in it, definitively geared Noucentisme towards a search for Greek, Latin and Italian Renaissance roots, but re-created in a different style, not modelled on the classical world. 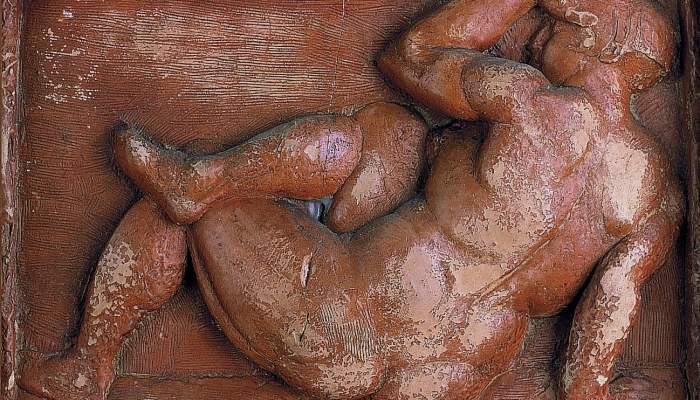 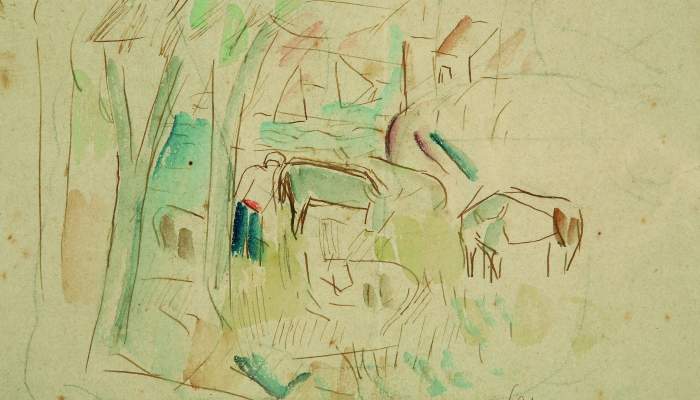