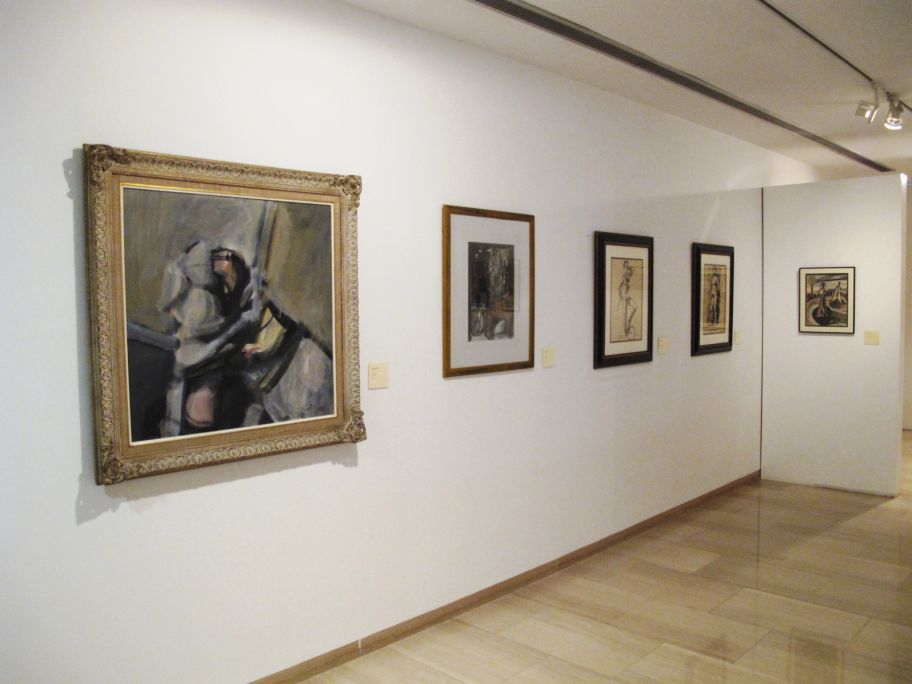 View of the room with the works of Pancho Cossío and Rafael Zabaleta.

In Spain outside of Catalonia, the concerns of avant-gardism were slower to take root than in Catalonia. However, there were figures who showed a desire for innovation. Though they did not always coincide with the hegemonic school in Paris, they still broke the existing academicism or modernism that had already been assimilated.

Juan Gris from Madrid produced press illustrations similar to that of the satirical artists; however, once settled in Paris, he would become one of the international leaders of Cubism. We should also mention Celso Lagar, Pancho Cossio, Benjamin Palencia, Angel Ferrant, Oscar Dominguez, Manuel Viola, Rafael Zabaleta and the Aragonese painter Antonio Saura.