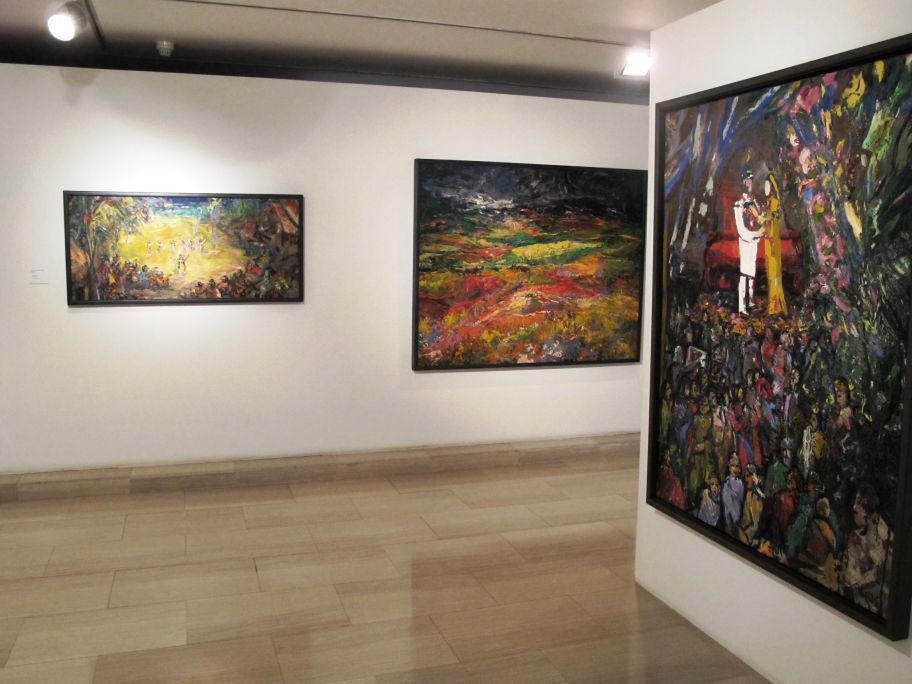 Works from Abelló’s late years, where explosivism can be seen.

Joan Abelló i Prat (Mollet del Valles, 1922-2008) was a Catalan painter and collector. In his training he was influenced by the works of Joaquim Mir painted during his stay in Mollet, the mastery of Pere Pruna and his fourteen years living in the home of Carlos Pellicer.

Like many artists of the 20th century, Abelló needed to "feed" from other environments and landscapes. In 1962, he went to England without knowing anyone, but with a need be led by his intuition and curiosity. Later he travelled to Belgium and Paris, where he had a studio for long periods. Here he began a long period of travel: Europe, Ivory Coast, Morocco, New York, South America, Polynesia, Asia, Egypt and other countries.

The exhibition "Abelló, A Sample" surveys the different stages of the artist's work, from his beginnings strongly marked by the influence of his teachers, until the end of the 1990s, when he was in full stylistic maturity. The artist and collector‘s concerns and curiosity show that, day after day, trip after trip, his work fed from all that he saw, turning him into a singular artist with his own language in which colour reaches its maximum expression.