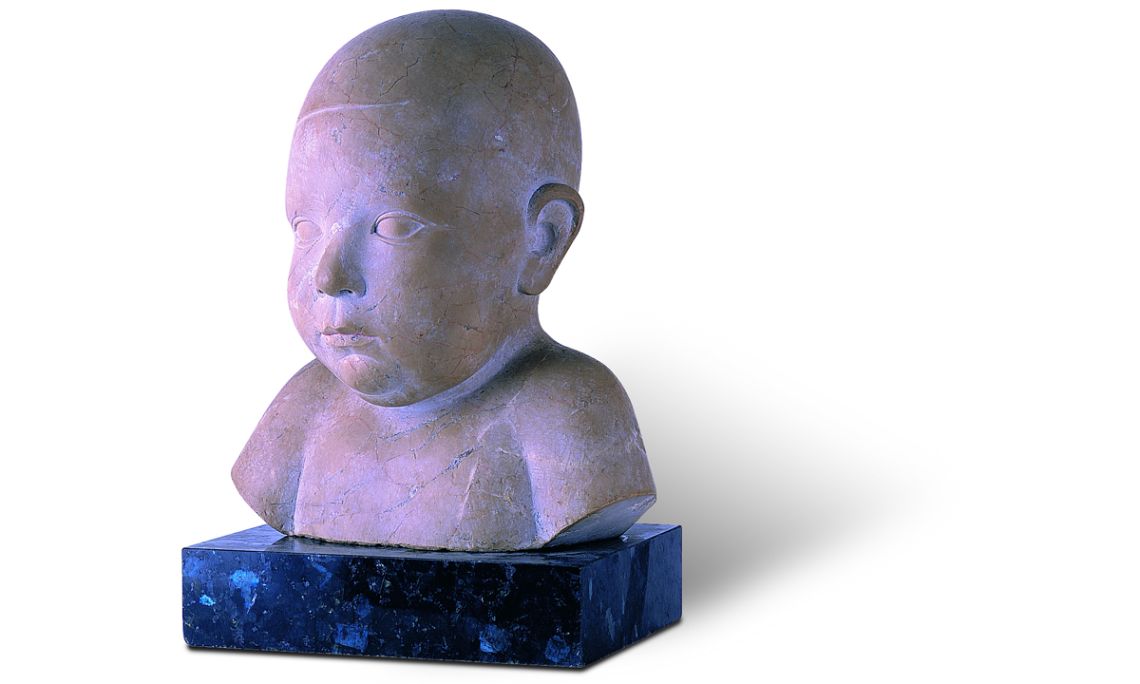 Joan Rebull i Torroja (Reus, 1899 - Barcelona, 1981) was a Catalan sculptor who was considered one of the most important from the 20th century in Catalonia. This child’s head has certain features that are hard to find in other works of children's heads made by other sculptors, such as the austerity with which it is set, avoiding hair and facial expression (i.e., whether he is laughing or happy). It is the child as he was when small, a little rough, but with a noticeable gaze. And for Rebull the eyes were very important. Many of his sculptures have painted eyes, presumably to enhance their expressiveness.