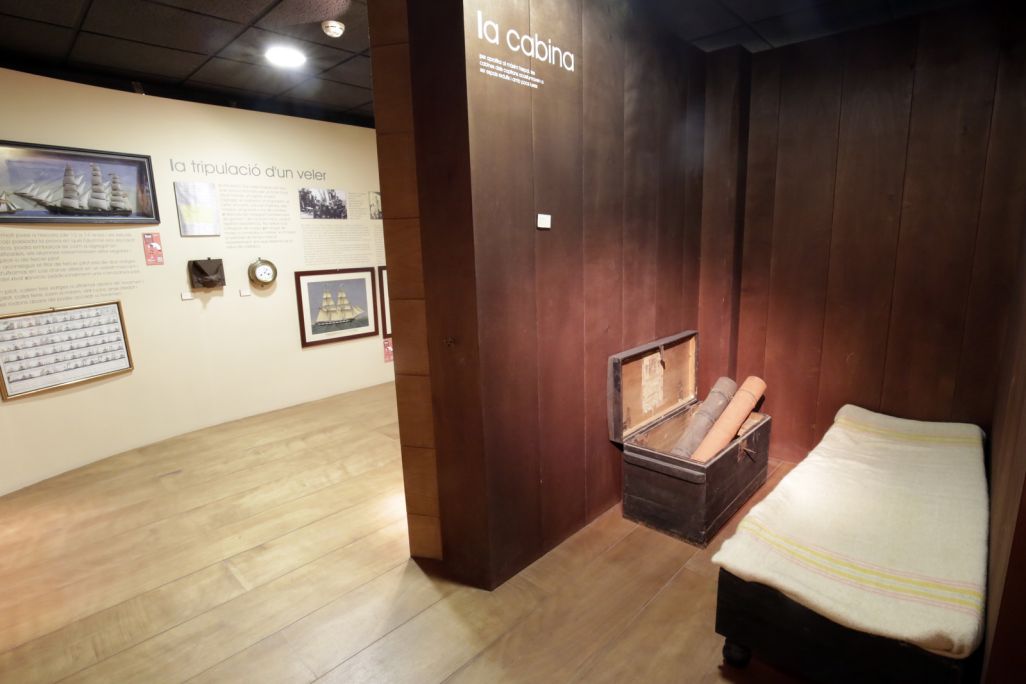 A ship’s captain’s cabin was a very simple room with only a bed and a trunk for furniture.
The conditions of the ship’s crew were extremely harsh. Illnesses associated with food were very common and they suffered serious problems due to a lack of hygiene. They all slept on the deck, except for the captain, who had his own cabin. The crew of a three-masted tall sailing ship was made up of eighteen men: the captain, the helmsman, the first mate, the boatswain, the steward, the carpenter, the cook, around eight sailors, two cadets and the cabin boy.