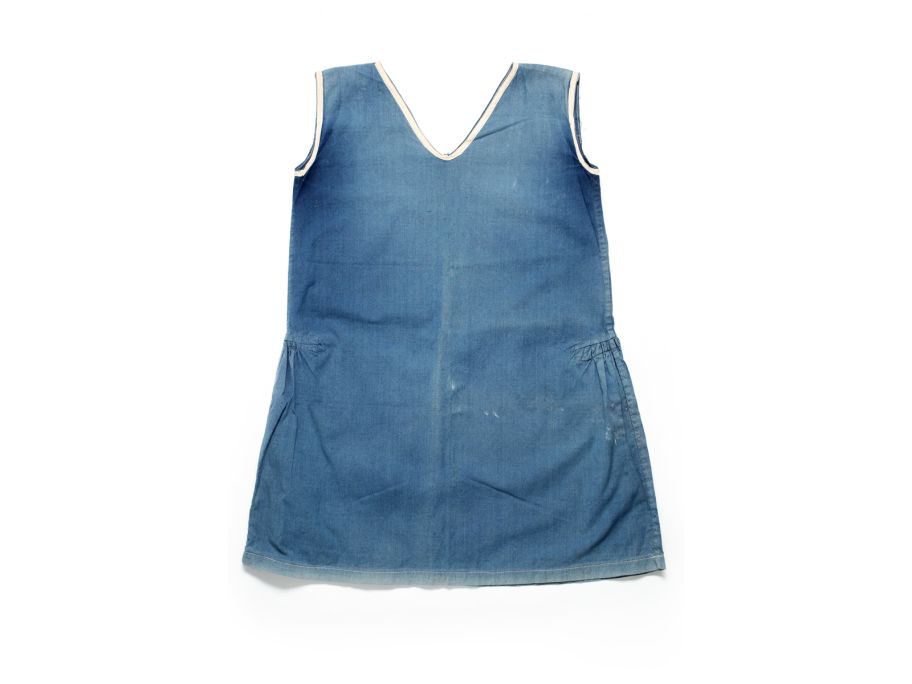 The upper part of a female bathing costume in the form of a loose-fitting camisole, slightly bunched at the sides, sleeveless and with a V neck. Made of strong material, it is blue with a white bow at the neck and shoulder.

It belongs to the set of accessories and clothing that were rented out to users of the Banys de Sant Cristòfol baths.

Located near the Masnou station, they were created in 1880 by the Arisa family as a spa with bathtubs. From the 1920's onwards they became sea baths under the direction of the Muray family. They were in operation until 1961.

16. El Masnou, a summer destination for the middle classes