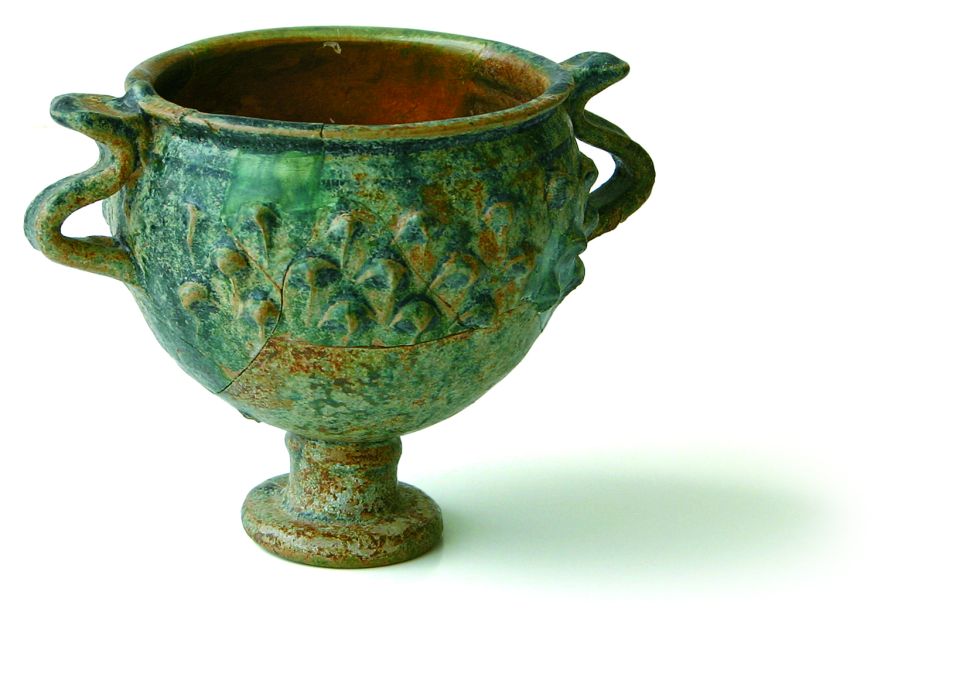 A rounded cup with a small circular base and two handles, on opposite sides, in the shape of an s.

Cal Ros is a villa from the Roman period which operated as a vineyard and pottery between the 2nd century BC and the 5th century AD. It was discovered in 1899 by the owner of the land, Thomas Morrison,

who unearthed a polychrome mosaic there. Although archaeological excavations have been sporadic and irregular, they have made it possible to document the residential area and the rustic part with workshops and storage space for agricultural tasks. Different discoveries reveal that the villa enjoyed periods of relative luxury and wealth.