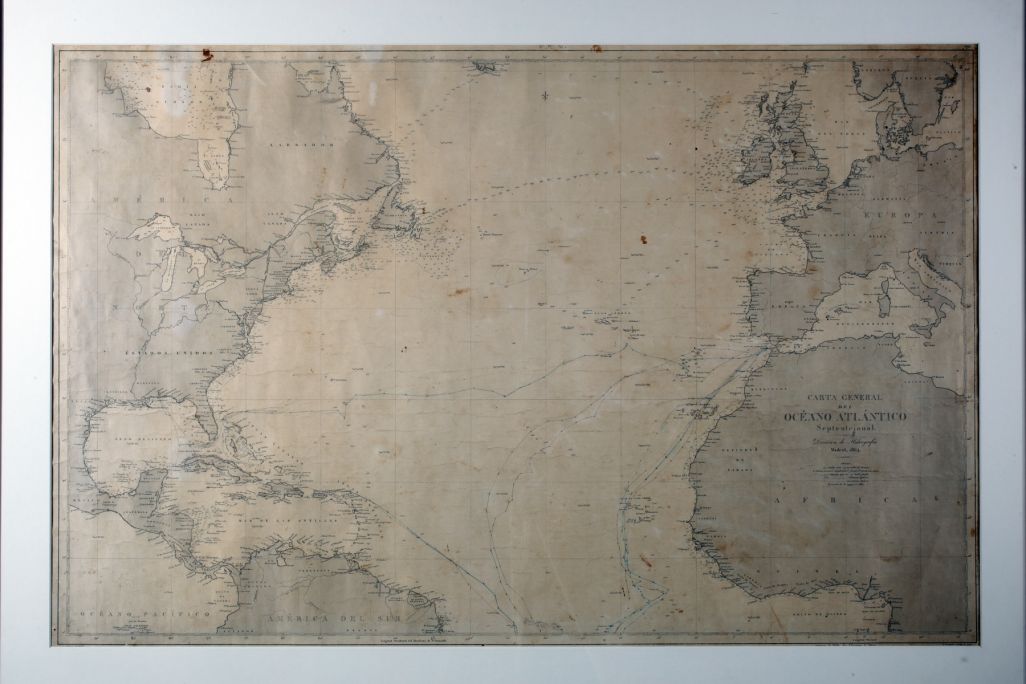 This is the nautical chart used by the local ship’s captain Agustí Sensat i Maristany (1870-1889). It consists of a scale rendering of the southern Atlantic, with directions for navigation. It also features hand-written log notes.

One of the busiest 19th- century trade routes was the one for tasajo, that is, dried salt beef.

The ships sailed from Barcelona loaded with local produce, such as wine, oil and dried fruit, bound for Montevideo or Buenos Aires. They loaded their boats with tasajo at the ports of the River Plate, and sailed this protein-rich cargo to Cuba and the slave plantations.