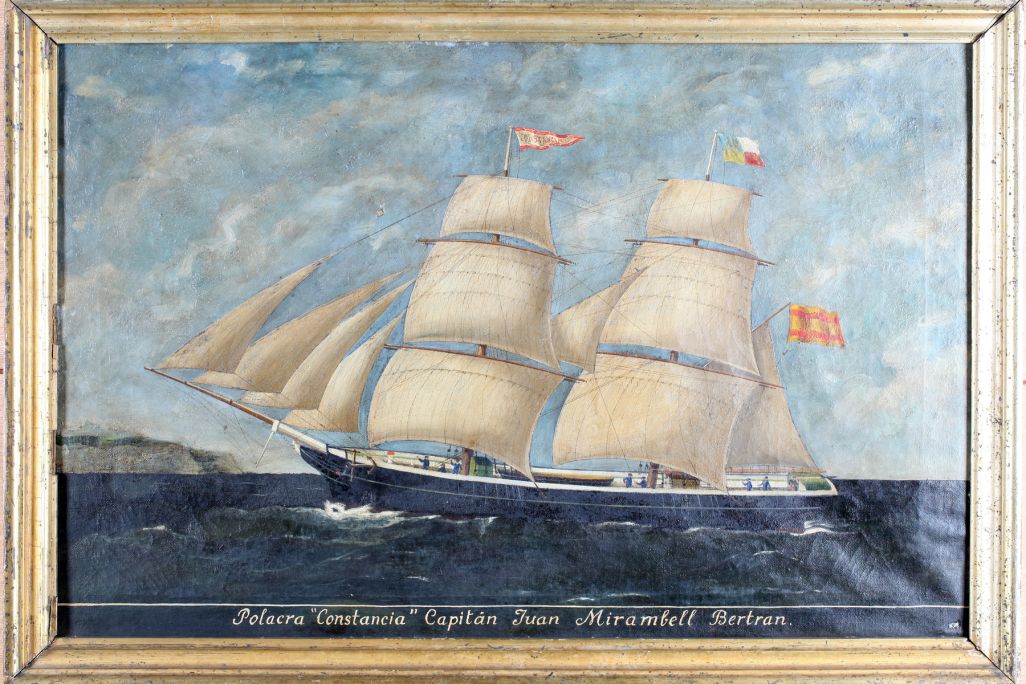 Rendering of the polacca ’Constancia’, registered in Barcelona, which was commanded by Captain Mirambell. The painting shows sailors working on deck and, to the left, a fragment of the coastline.

Captain Joan Mirambell i Bertran (Ocata, 1796 – El Masnou, 1862) sailed into the port of Montevideo in 1834, at the height of the conflict between Spain and Uruguay, at the helm of the ’Constancia’, loaded with wine, oil, almonds and hazelnuts and flying the Brazilian flag. He was arrested and sentenced to a be shot by firing squad, but managed to convince the authorities that the ship was on a peaceful trading mission.