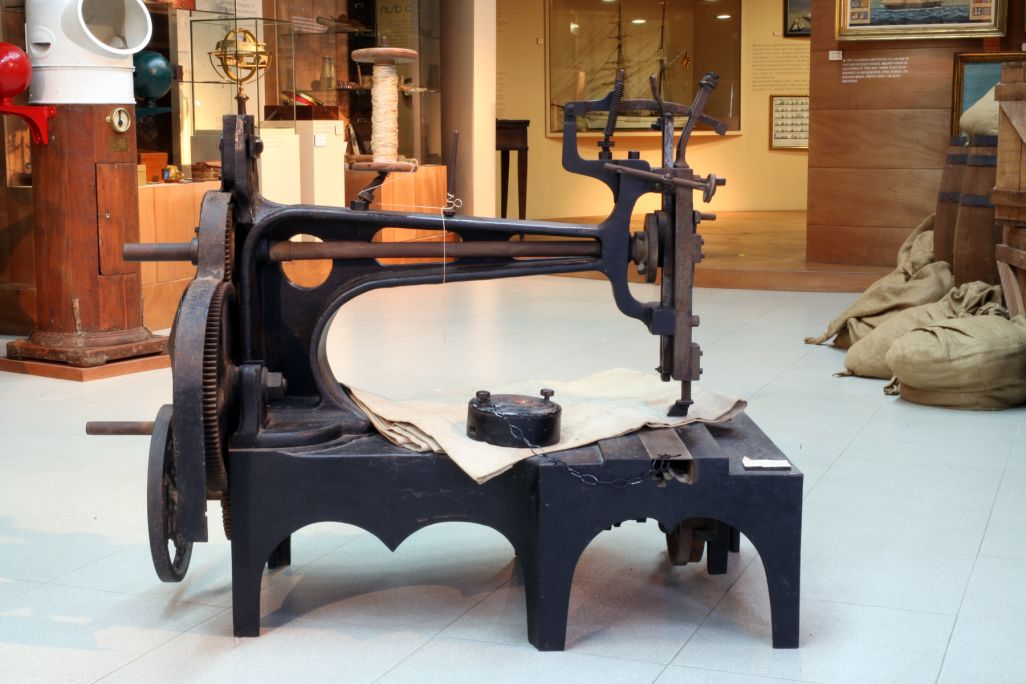 An industrial sewing machine for sails, from the Maristany Fabril Tèxtil SA. sail works.  The Lonera Maristany y Hermanos canvas-making company, owned by the brothers Gerard, Jaume and Pere Maristany i Alsina, was in business from 1877 until the 1970s. It was popularly known as ’Cal Soberano’ after the denomination of the vesselsbelonging to the family, who had been in the shipping business before they were sail makers.

The factory, which was also affected by the decline of sailing, diversified into other products and supplied material for railways, the army, the postal service, etc, before manufacturing all types of awnings.