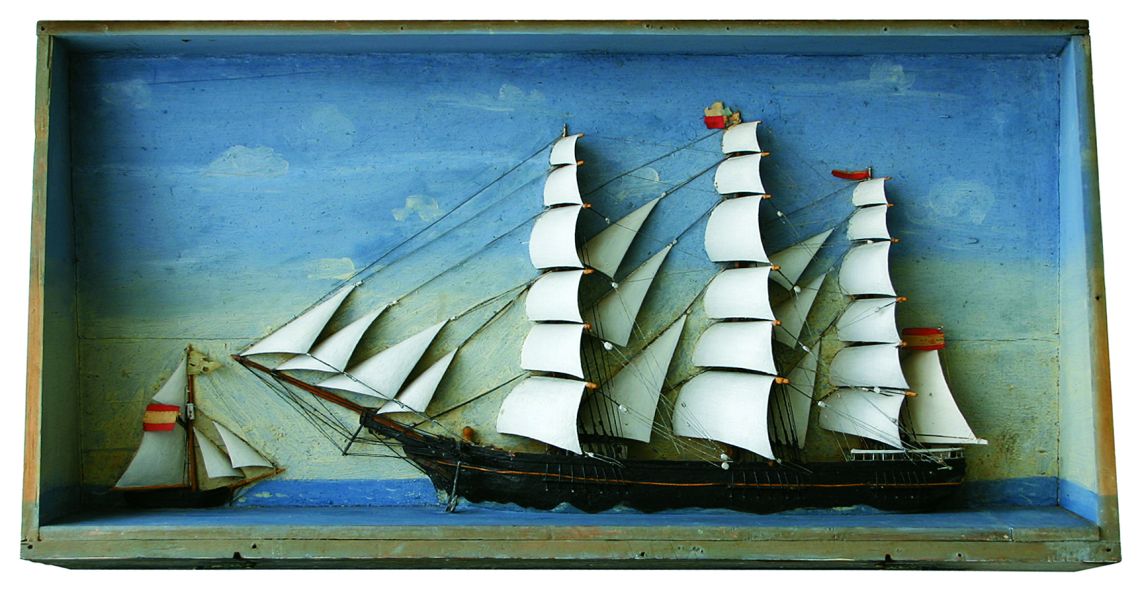 Reproduction of a frigate in the form of a half-hull scale model. An unusual feature of this piece is the support of painted wood that represents the sea and creates the impression that the vessel  is under full sail.

In the mid-19th century there were three master shipbuilders and three shipyards in El Masnou: those of Pau Jubany,  Pere Sust and Joan Mont Carreras i Calçada and subsequently of his sons Benet and Manel Mont Carreras Jovera.

El Masnou was the setting for the construction of many small and medium-sized vessels (mostly brigs and polaccas of 50 to 300 tons), which always bore the escutcheon of the town (with the farmhouse, haystack and mountain) carved behind the captain’s quarters.