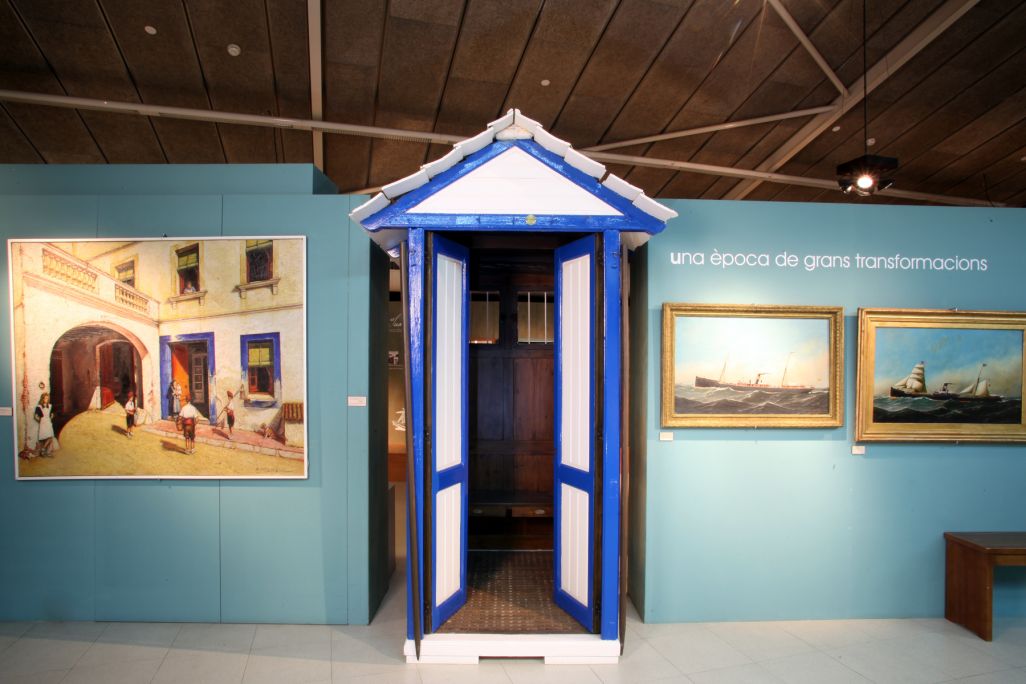 A beach bathing hut people used for changing into their swimming costumes. Sea bathing became popular among many Barcelona families, who chose El Masnou as their summer resort as from the end of the 19th century.

These bathing huts occupied part of the sandy strip. They were often privately owned, and carpenters would dismantle them and keep them in storage over the winter in order to put them up again the next summer. People who went to the beach either had one of these huts or else put up awnings on supporting poles.