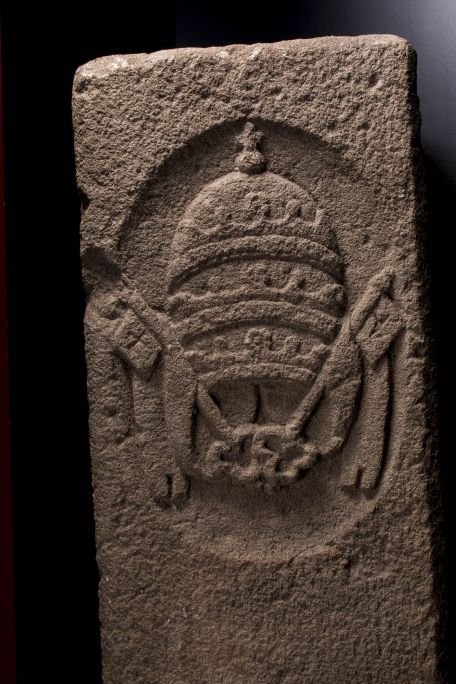 Several of these boundary markers bearing the emblem of the Monastery of Sant Pere de les Puelles, consisting of the keys and tiara of Saint Peter, have been found in the municipal district of Montmeló. These markers served to indicate the limits of the land belonging to the monastery, which owned land in Montmeló and other towns and villages in the Vallès area.