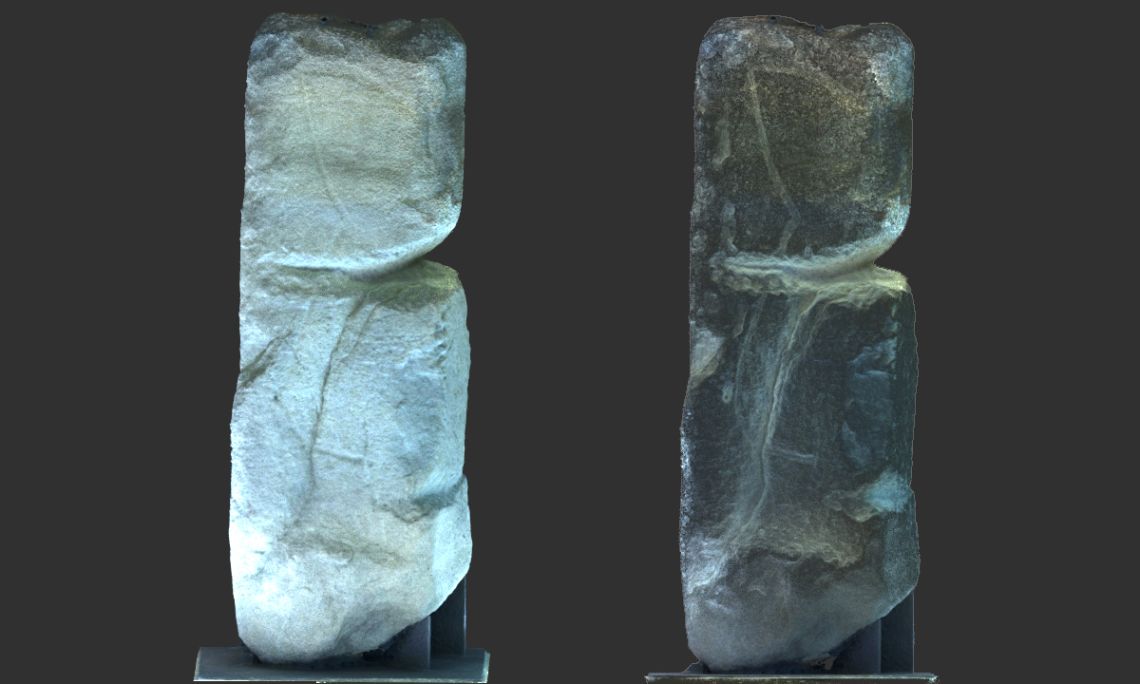 Stone of Llinàs. To the right of the photograph you can see a rendered image that allows you to appreciate the detail of the carving and the grooves. Author: Jordi Nogués. Montmeló Municipal Museum.

The Pedra de Llinàs, or Pedra del Diable [Devil’s Stone], is a prehistoric menhir discovered in 1996 at the foot of the Can Tacó  hill in Montmeló. Made from a large granite (granodiorite) block, it is 2.37 m high and 82cm wide with the image of a yoke, or double oval engraved on one of its faces. This symbol is recurrent in the megaliths of Brittany and has been noted in other menhirs in the Baix Vallès, such as those of Castellruf (Santa Maria de Martorelles), Pla de les Pruneres (Mollet) and Palaus (Agullana, Alt Empordà). The Pedra de Llinàs also has two grooves which could be the result of an attempt to cut the menhir in two to obtain two large blocks of granite, similar to those which were found in some of the walls of the Roman settlement of Can Tacó, which is at the top of the hill of the same name.

The most outstanding feature of the Pedra de Llinàs is the engraving of a yoke or double oval on the front of the menhir. It is divided by the horizontal groove, the result of an attempt to cut the piece into two blocks for building