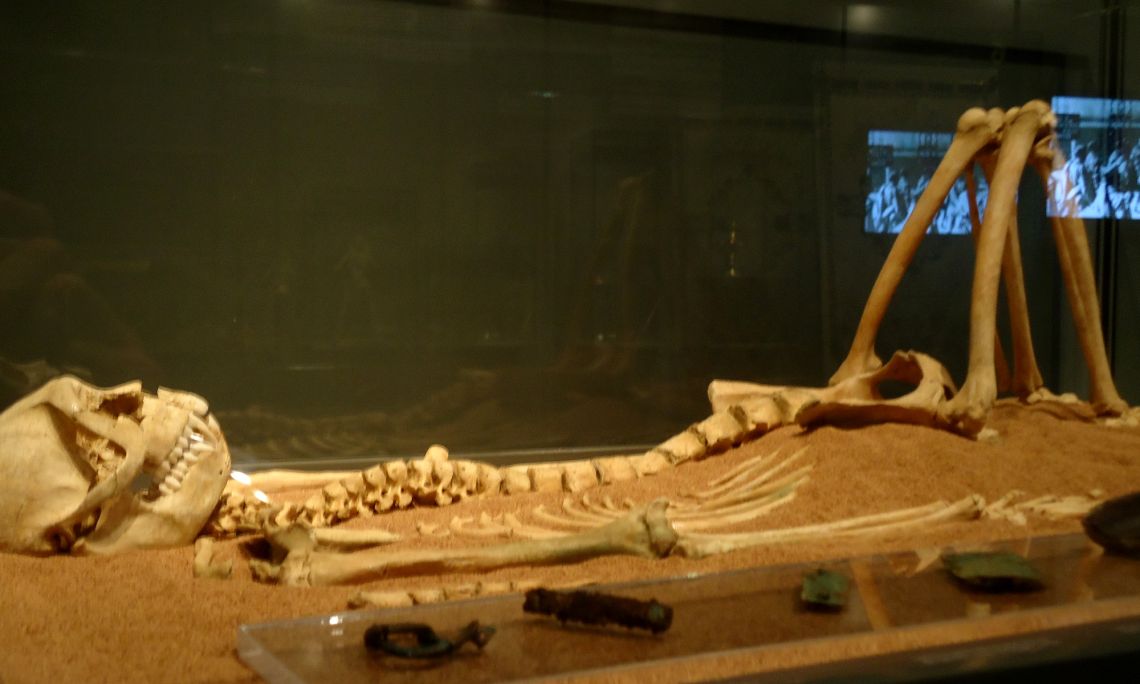 Monkey skeleton with trousseau, from the 5th-6th century, taken from the excavation site in Colomines. Municipal Museum of Llívia.

Archaeological excavations, carried out in the terraces of Colomines in 2001, uncovered a burial pit containing the skeleton of a monkey. It was decorated with metal details and accompanied with a fragment of pottery and half the jaw of a goat or lamb. These artefacts meant we could date the burial to between the years 430 and 600, which was confirmed by radiocarbon dating.

The primate could have been the pet of a soldier of a certain rank who took part in the battles in the Pyrenees that took place during this period.